About six years ago, Helsinki, Espoo, Vantaa and Kauniainen decided to start publishing their public datasets as open data to be freely used by anybody.

Exactly five years ago, in the spring of 2011, they launched Helsinki Region Infoshare (HRI) for the task in cooperation with Forum Virium Helsinki. The work was started as a bold experiment first – HRI was a step towards a new experimentation culture. 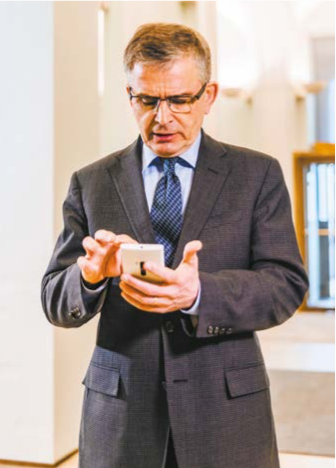 Many interesting things have happened in the last five years. The publishing of open data moved forward fast, and after two years the experiment became a permanent operation. Various sectors of the cities have opened hundreds of different types of useful datasets with the help of HRI. A great deal of data has been opened, but more remains to be opened, so the work continues.

1.    We have opened datasets that have brought transparency in the cities to a whole new level. An excellent example of this is the city procurement data available as open data, which provides an open view to city spending.
2.    There are now user-oriented, innovative mobile and web services that bring the city decision-making very close to citizens.
3.    There is now activity that promotes information distribution in a uniform and standard manner. One example of this is the Six City Strategy (6Aika) programme, in which the six largest cities of Finland open their data in the same manner.
4.    Furthermore, Helsinki now has an agile team for open programme development. This is a group of coders who both help to open data and promote the utilization of open interfaces.

The last five years have been a huge learning process for all of us. We have met various challenges along the way, but it is noteworthy that only a small part of the challenges have been related to technical questions. Sometimes the opening of data can run into legal complications, at other times into outdated systems, but more often we are dealing with a change in the operating culture, an attitude or courage. I can proudly state that a change towards an open and creative collaborative culture is well in sight – on this basis, it is good to continue to build an open, smart and sound society.

The city is not only the city organization, but it is made up of us all. We define and create the well-being of this region. Open data gives us a foundation to make our cities a fruitful and better ground for building good life and success. There is data behind everything, so let us benefit fully from our joint capital for the good of us all!