Forum Virium Helsinki, Fortum, KONE, Nokia and Tekes organized a Smart City of Tomorrow Event at the Millenium Pavilion in Helsinki at the end of August. The event urged cities in Finland to renew themselves and brought hundreds of smart city professionals to Helsinki.

The event with high profile speakers was a succes. The hashtag of the day, #2014smartcity, was trending in Finland remarkably. The audience was content with the versatile lineup of the speakers. The venue, very centrally located pop up Millenium Pavilion, showcased the Finnish know-how on wood building.

The speakers included eg. Kent Larson (MIT), John Tolva, Tuuli Kaskinen (Demos Helsinki) and leaders of Finnish cities. The audience was invited to join the conversation via a messageboard. Discussion was lively also after the presentations.

The programme of the event can be found here. Mayers of the six biggest cities of Finland in a panel discussion. 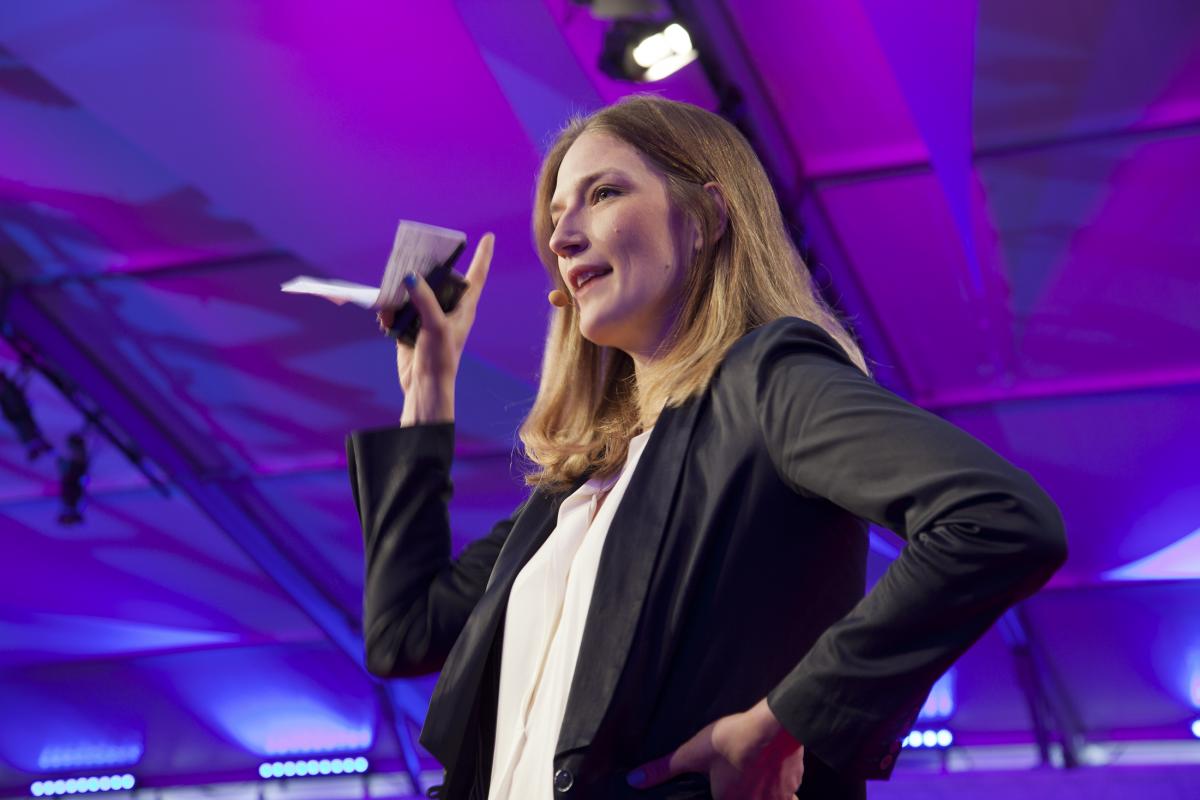 Tuuli Kaskinen from Demos Helsinki Think Tank talked about the future of the hybrid smart cities.