In the third phase of the SILVER Pre-Commercial Procurement the LEA Care robot was successfully tested in all partnering countries. The testing phase was launched in April by City of Oulu and was finalized by the City of Stockport in August 2016.

The purpose of the tests was to support Robot Care Systems to further enhance and improve the prototype to better full fill the needs of the procurers by gathering direct input from end users in several settings in real life situations. Additionally, testing the prototypes in multiple countries provided Robot Care Systems with valuable experience of potential cultural and national differences. Both the end-users as well as the care staff evaluated LEA Care robot.

For the SILVER Consortium, the 5 month testing period accumulated a great deal of knowledge of both Pre-Commercial Procurement process as well as user-driven research in international context. Where as for the contractor, the testing period indicated the areas of improvement and further provided valuable insights into the use of the prototype. The prototype was evaluated in terms of its’ potential to meet the SILVER challenge in relation to the quality of life and independence.

Furthermore, there were numerous ideas proposed regarding enhancing LEA Care robot’s functionalities. These included to make LEA Care robot operational outdoors, reduce the size of the robot, and make the sounds louder. With these adjustments, LEA Care robot would better fit to the needs of the elderly, and reduce the need for additional devices for outside or smaller spaces. Additional connectivity features would also be very welcome and value adding to the users.

When testing technically complex prototypes with actual end-users, a careful risk management is essential part of the process. As expected, some product related risks were identified such as unexpected movements and charging. These were mitigated by not allowing users to use the LEA Care robot alone, and discontinuing charging unattended. Support and emergency hotlines were set up in case of an emergency. Some user related risks were also identified, such as the physical condition of the end users and criticality of care. The risks were mitigated by leaving out end users whose condition may be too frail for the testing. 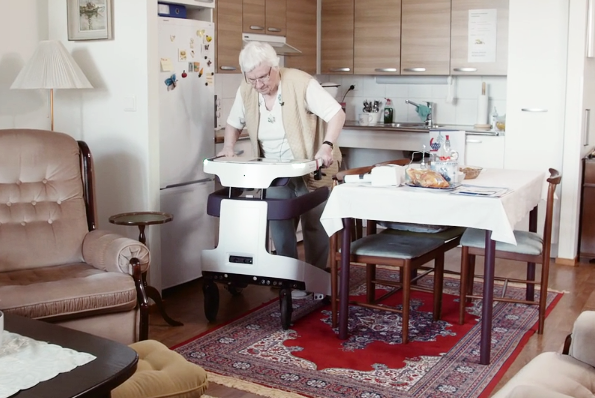 In addition to the risk management, it is very important to secure a smooth communication flow through the project consortium. In the SILVER project it was learned that one of the most critical success factors is an external coordinator working and communicating directly with contractors through all phases of the procurement. Also the early involvement of procurers is a vital in all Pre-Commercial Procurement exercises. Only this way it can be secured that the designed solutions match the needs of the procurers.

– My advise for the future PCP projects is to engage procurers early in the process with the contractors. Procurers can provide valuable support for the development of prototypes and secure that they meet the needs of the competition in an optimal way, concludes Jon Hazell, SBRI Account Manger for Innovate UK.