During the latest SILVER assessment panel held on August 20th in London, the Phase 3 tenders were evaluated. The panel decided to award a contract to Robot Care Systems with Lecorob.

From the three Phase 2 prototypes – Helping Hand, Lecorob and Iron Arm – only the last two met the competition’s minimum criteria and were allowed to enter the third phase of the SILVER Pre-Commercial Procurement process. Out of the two, only Lecorob met the minimum threshold in the Phase 3 competition and was invited to sign a contract for the real-life testing of their solution in the SILVER municipalities. The aim of these tests is to check how the prototypes developed in Phase 2 actually perform in real-world conditions. In Finland, Lecorob’s solution called LEA will be tested during the spring of 2016.

LEA (Lean Elderly Assistant) is designed to enable the elderly to live independently at their own home. Although the elderly are generally healthy and relatively mobile subjects with no cognitive impairment, they can still suffer from symptoms due to their age and related impaired physical health and limited physical mobility. In these cases, LEA can offer help with daily routines and housekeeping.  It also stimulates the elderly to stay active and therefore can be used in rehabilitation.

Cognitive software will be added in Phase 3 in order to enable LEA, for example, remember and recognize objects, faces and places. Furthermore, LEA will be able to recognize actions and protocols and state within those protocols, as well as sensor readings that lead to a state change and possibly deviation of a protocol. With this, daily routines like eating, sleeping, exercising, can be guarded, but also objects can be found, the memory of the frail elderly can be supported and taking medicine is monitored. 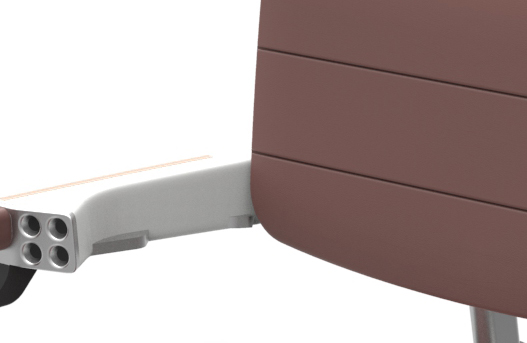 SILVER (Supporting Independent LiVing for the Elderly through Robotics) is a research and development project to establish and to execute a Pre-Commercial Procurement process suitable for the conditions for cross-border project implementation across several EU countries. It is funded by the European Union under the ICT cooperation part of the Seventh Framework Programme for research and technological development (FP7). The project started in January 2012 and will run for 56 months. SILVER has partners in Denmark, Finland, the Netherlands, Sweden and United Kingdom.