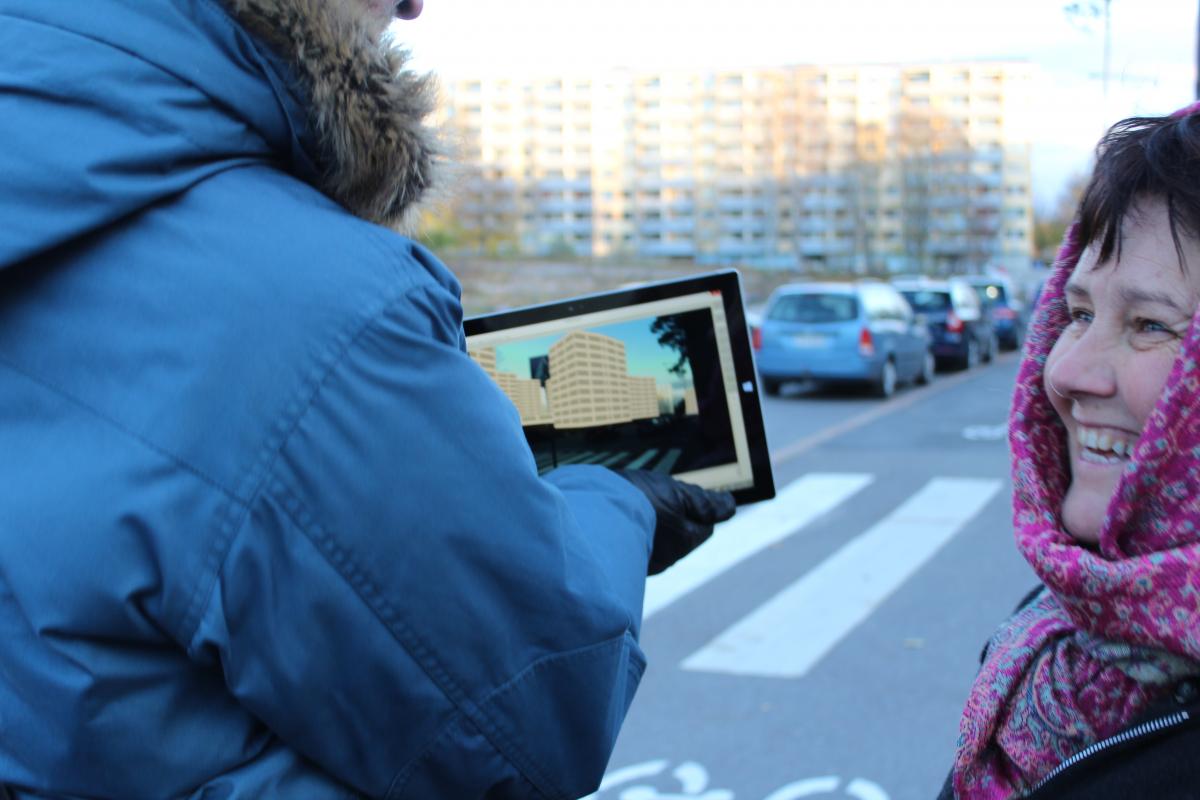 In October a new way to present construction plans for the citizens was tested in collaboration with Helsinki City Planning department, VTT and  Forum Virium Helsinki. Through VTT’s augmented reality application people in Koskela neighbourhood got to know the future construction plans for the Koskela hospital area. The application showed people how the new buildings would look like in their real environment. This pilot is part of the EIT ICT Street Smart project.

Four different construction plans have been made for the Koskela hospital and laundromat site. The plans were evaluated on a chilly walking tour around the Koskela area, and in a group discussion that followed the walk. Anyone interested in the topic was able to join these events. 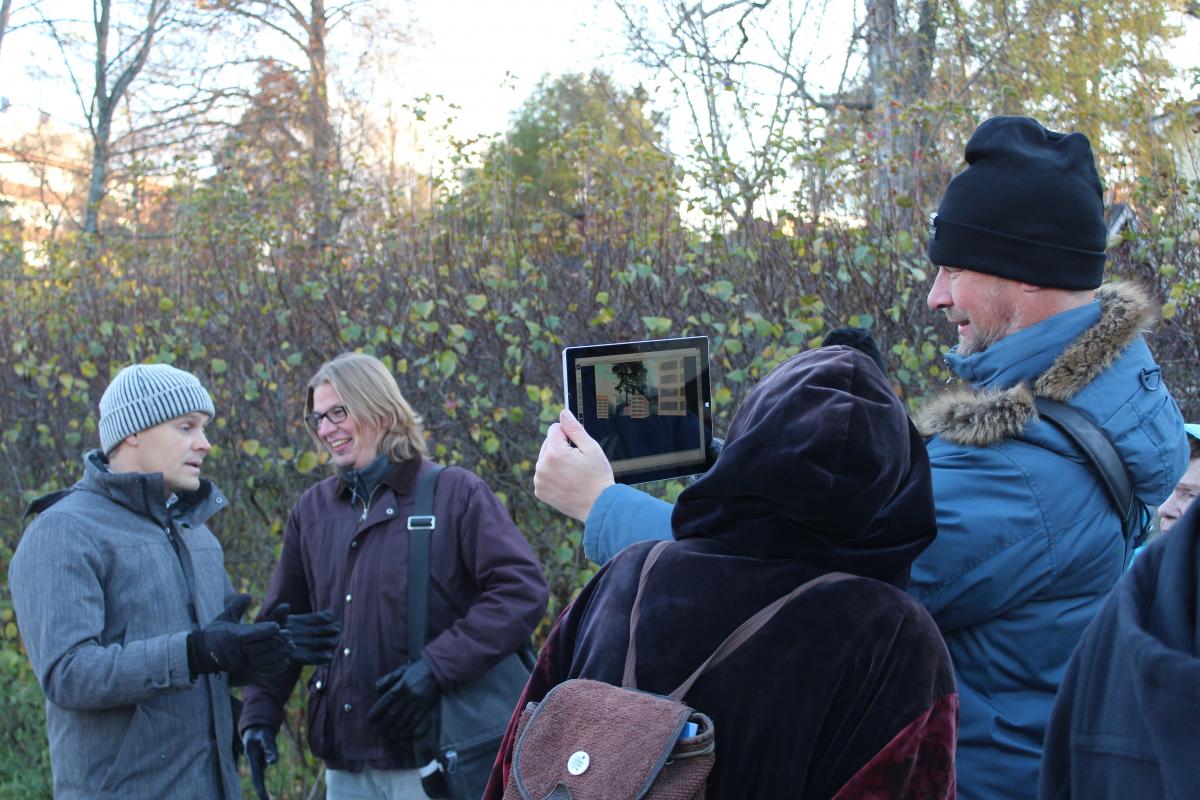 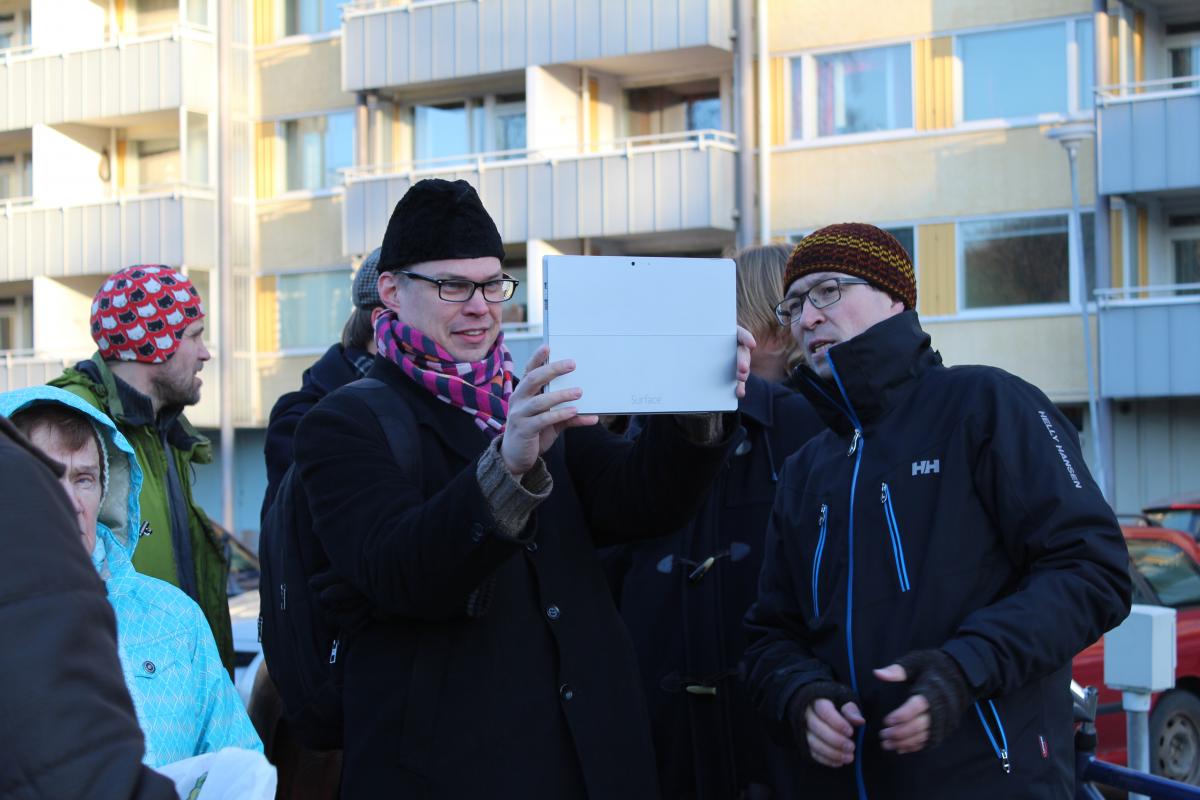 Some users wished for more accurate and detailed designs for the application. For now the designs were too rough to evaluate. The application illustrated a good overall view of the area and helped the users to visualize the use of the space, location of the buildings and the height differences between the buildings. Users also hoped that the application could be used on a bigger screen or that they could download the application for their smartphones so that anyone interested could explore the plans on their own.

“The augmented reality helped to visualize the used space and proportions of the city space. The application has its limitations and it is not meant for every situation. For example the trees around Koskela area limited the use of the application in this pilot”, says Antti Varkemaa, project manager from the Helsinki City Planning Department.

The four different plans as a starting point for planning were considered as a good idea. All in all people felt that this kind of event was a good way of getting people involved in city planning and urban augmentation brought a new dimension to visualizing the plans. 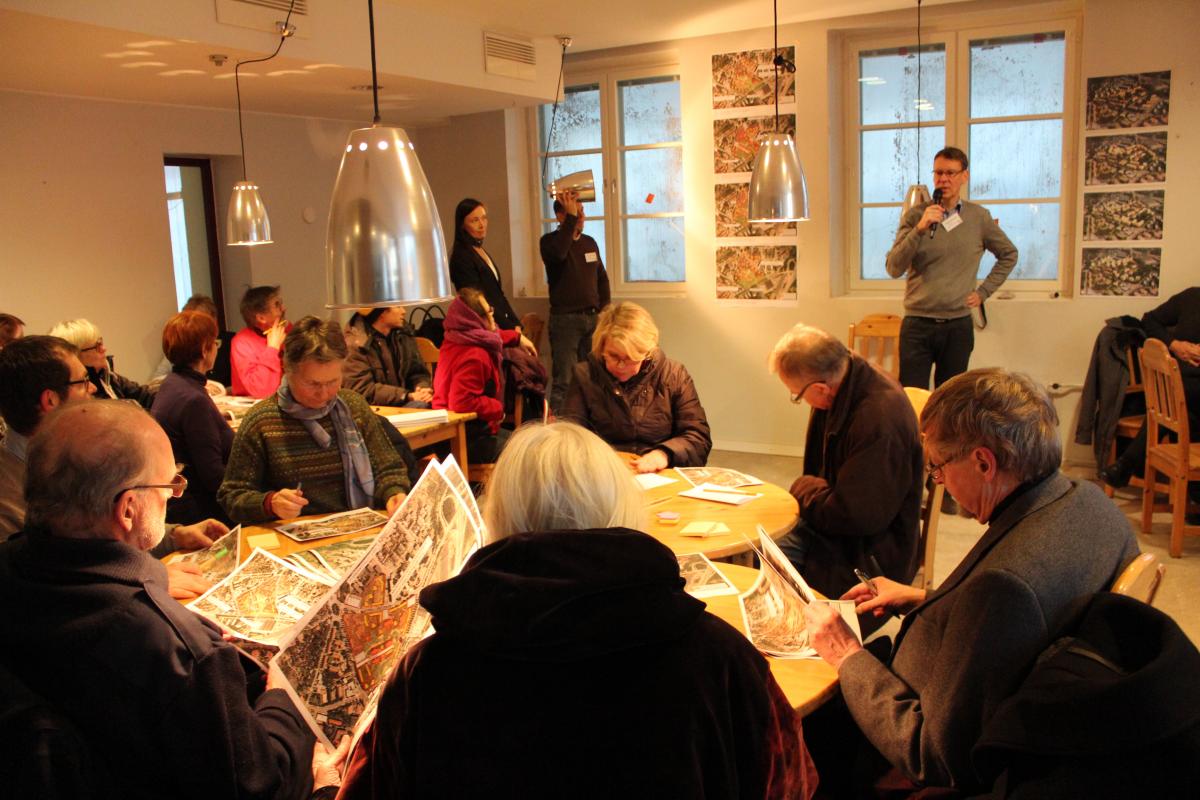