“We conduct an annual satisfaction survey among the partners. The results of the survey is an important feedback channel in developing our operations. The positive results of this year’s survey are highly encouraging. In nutshell, the cooperation with Forum Virium Helsinki has been found to add value and be fruitful. The continuously increased satisfaction with our communications and events is very encouraging and tells that we are on a right track.”, summarizes Communications and Development Director Pauliina Smeds.

A clear majority of the respondents, 87 percent, found cooperation with Forum Virium Helsinki be valuable. The theme promoted by Forum Virium Helsinki that the respondents found most interesting was Open Data, and Smart City came a close second. Corresponding with the previous year’s survey’s results, quick, agile and pragmatic pilot projects and experiments were found of key importance as well as the joint initiatives between public and private sector actors.

Among the Forum Virium Helsinki’s stakeholders, cooperation with the City of Helsinki and other public bodies was assessed to be the most crucial area of cooperation. The cooperation with citizens came second in the stakeholders’ order of importance. In Forum Virium Helsinki’s operations, sharing new information and accumulating new competence were found to be more important than in the previous years’s surveys. Also, the significance of building networks has grown compared with the previous year’s survey. 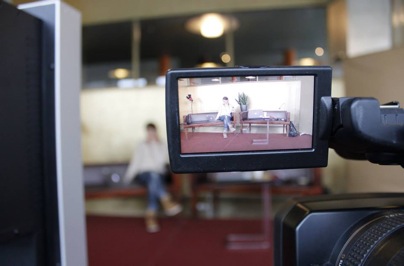 “We have been active in organizing events within the evaluation period: developer meet-ups, project-specific workshops, theme events and broader seminars. The versatile offering of different types of events seems to have reached the target groups and received positive feedback.”

“We collected also feedback on how our different communication channels reach our partners. The feedback is taken into consideration when choosing the future focuses in communications”, Smeds says.

The annual partner survey was now carried out for the third time in the same format. More than half of the respondents were representatives of public administration, the rest were from businesses and other organizations.

Warmest thanks to all respondents! The next partnership poll will be carried out at the end of 2014.