The grounds for giving the award were that Helsinki Region Infoshare´s web service is a trailblazing example of making public data accessible not only in Helsinki, but also in the municipal sector as well as in state administration. Making data accessible enhances the internal efficiency of the administration as well as improves democracy and the prerequisites for active citizenship.
– Helsinki Region Infoshare model can be applied nationally but also internationally. If the public sector, companies and other actors opened up their data systematically, it would allow the development of even more versatile and economic digital services in the future, says Hannu Tulensalo, chairman of the jury and Helsinki city’s HR director.
There are about a thousand different data sets in the service, for example on the living conditions, economy, wellbeing, employment and mobility of the region.
The idea of the Helsinki Region Infoshare project is that making public data accessible enhances the citizens’ knowledge and understanding of their region and home municipality, which in turn improves the prerequisites of active citizenship. The goal of the project is that starting 2014, making data accessible will be part of the normal operating procedure of municipalities.
Pekka Vuori, project manager at Helsinki City urges citizens to innovate new methods of using data.
– Inhabitants and communities can write on the Helsinki Region Infoshare’s website what kind of data the cities should make available and also present ideas on how this data could be used.
The steering group formed of the financiers and implementers of the project, Helsinki City Urban Facts Center and Forum Virium Helsinki are responsible for the project. The project is financed by the cities of Espoo, Helsinki, Vantaa and Kauniainen as well as by the Finnish Innovation Fund Sitra. Also, the Ministry of Finances has granted municipal cooperation subsidy to the project.
The Mayor´s Achievement of the Year contest is intended for the personnel of the City of Helsinki. With the contest, Mayor Jussi Pajunen wants to encourage the personnel to examine its working environment and work methods from a new perspective.
Read more at
www.hri.fi/en/
http://www.hel.fi/hki/helsinki/en/news 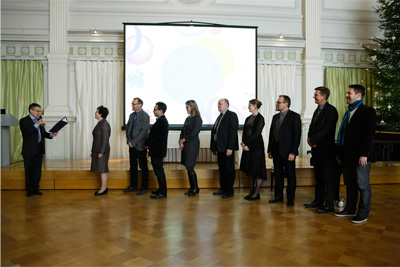