Forum Virium Helsinki’s activities and vision for city development are highly international. Cities around the world will benefit from services built together on shared platforms. The Six City Strategy, co-operation strategy carried out by the six largest cities in Finland, raises a lot of interest abroad.

If a software company develops an effective digital service for the residents of a city, it’s still small business. If a hundred cities use the same service, however, it becomes a success story. The prerequisite for duplicability is that it isn’t overwhelmingly difficult to replicate the service from one city to another.

“Cities have not yet developed too many shared operating models,” Jarmo Eskelinen argues.
In order to reverse this trend, Forum Virium Helsinki is strongly focused on international collaboration. The open data interface of Helsinki’s Ahjo decision-making system, for example, is an impressive achievement. It would be even more impressive if the same interface and the same mobile services worked in cities around Europe. This means amazing business opportunities.
“There are only 500 000 inhabitants in Helsinki and 1.5 million in Finland’s six largest cities combined,” Eskelinen points out.
For developers of digital city services, such user numbers are still small. However, once more headway is made in standardising interfaces in Helsinki’s international projects, those numbers scale up enormously.
Cities have predominantly similar needs. When the most important data sets are opened in harmonized way, the same apps will work everywhere. Helsinki’s Open Ahjo decision-making interface could be replicated around the world. Open Knowledge Finland, an association that aims to make the decision-making data interface for cities into an export, shares this opinion.
“It could become the standard way to share city decision-making data anywhere in the world,” Antti Poikola from Open Knowledge Finland predicts. 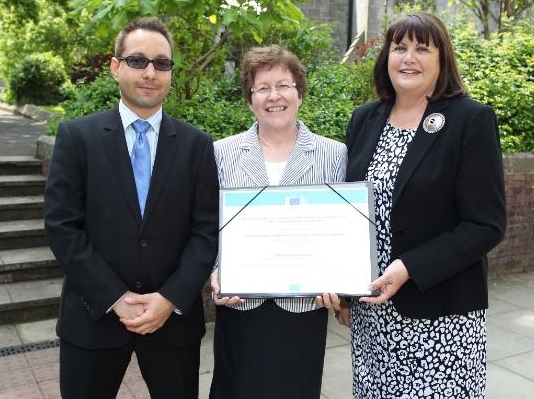 The Helsinki Region Infoshare service (HRI) was awarded 100 000 euro in a EU competition
for public services innovation. The prize money is being used to develop the service further
and enhance citizens’ access to information about municipal decision-making.
Smart Helsinki shines bright
When the European Parliament published its research about 468 Smart City projects in Europe in early 2014, Helsinki was ranked in the top six Smart Cities, together with Amsterdam, Barcelona, Copenhagen, Manchester and Vienna.
For city management, though, the result didn’t come as a surprise. Mayor Jussi Pajunen had understood it ever since he’d first presented Helsinki’s documents to his European colleagues with the Ahjo Explorer app.
“Helsinki is a well functioning and smart city,” Deputy Mayor Hannu Penttilä confirms.
Forum Virium Helsinki’s CEO Jarmo Eskelinen agrees. “It’s easy to forget how well we’re doing on quite a few counts in Helsinki. Every city in the world is criticized for having an inflexible, bureaucratic and rigid organization. But there are some that are a little less rigid,” Eskelinen muses.
What exactly propelled Helsinki to the top of Smart Cities? The research praised several of Forum Virium Helsinki’s projects. The Helsinki Region Infoshare (HRI) was called a pioneering service in the field of open municipal data. Applauds were also given to the opening up of municipal decision-making data (Open Ahjo) and the community portal for developers (dev.hel.fi). 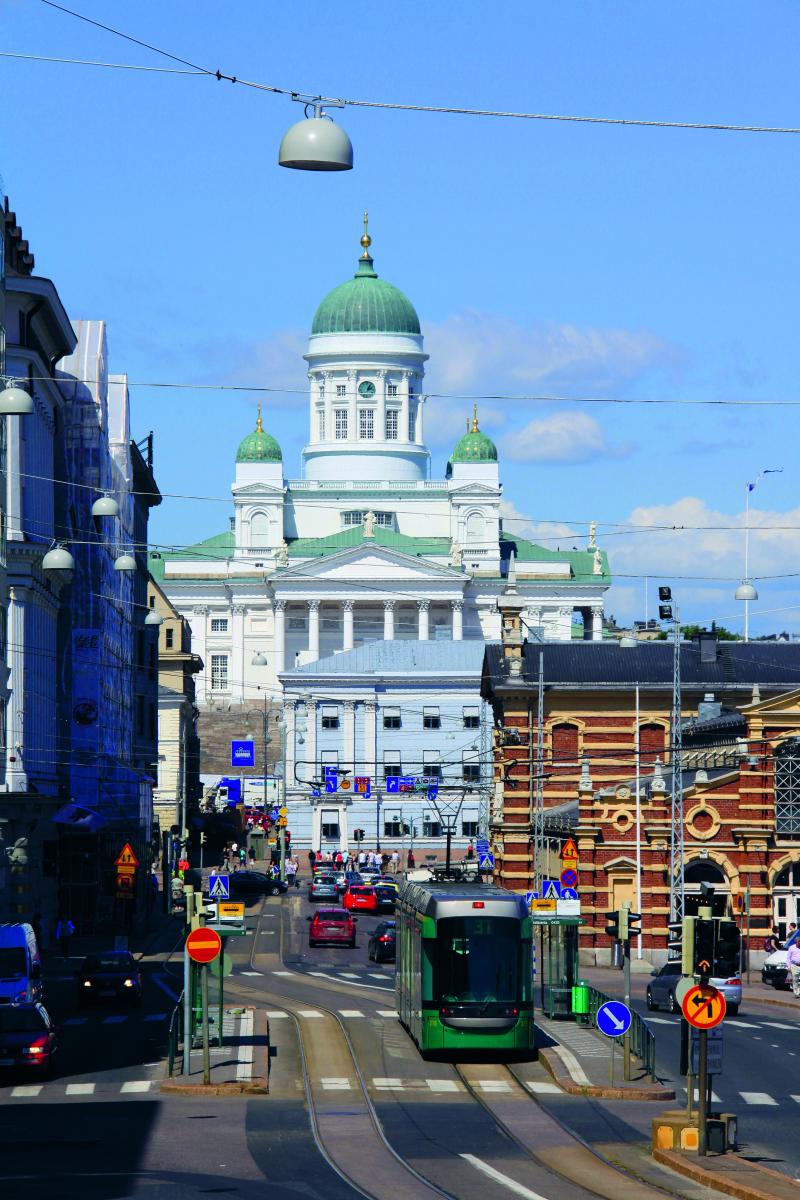 Thanks to its open data credentials, Helsinki fared well
in the European Parliament’s Smart City research.
Forum Virium Helsinki’s international networks
European Network of Living Labs
European Network of Living Labs (ENoLL) gathers the innovation communities of different countries under one roof. It’s a network promoting user-driven methods and international co-operation between living labs around the world.
The overall objective of ENoLL is to contribute to the creation of a dynamic international innovation system. A Living Lab is a real-life test and experimentation environment where users and producers co-create innovations.
Since 2006, more than 300 living labs around the world have joined ENoLL, Originally European network has nowadays spread over Africa, South America and Asia. ENoLL aims to support co-creative, human-centric and user-driven research and innovation in order to better cater for people’s needs.
Forum Virium Helsinki is one of the founding members of ENoLL. CEO Jarmo Eskelinen was leading the network three and half years from 2012 until August 2015.
www.openlivinglabs.eu

EBN Network
EBN is a European network of business and innovation centres, which support innovative entrepreneurs. Forum Virium Helsinki joined the network in 2013. Founded in 1984, EBN has over 200 members.
EBN provides information about international projects and programmes. It helps companies in the early stages of international cooperation and in project implementation. It also acts as a lobbyist for companies. It organizes events and promotes benchmarking amongst the members.
www.ebn.be

Open Knowledge Finland
The Open Knowledge network, a civic organization founded in 2004, is an advocate for open access to information and data sources. Open Knowledge is the organizer of the annual Open Knowledge Festival, the world’s largest festival in its field, which was staged in Helsinki in 2012.
Forum Virium Helsinki’s projects are conducted in close cooperation with the Finnish unit of the network, Open Knowledge Finland (OKFFI). The 100 000 euro prize money awarded to Helsinki Region Infoshare in an EU innovation competition 2013 was given out to open data related ideas and projects via the DataDemo funding coordinated by OKFFI.
http://okfn.org