Frontpage Current Projects
About
Contact information
FI / ENG
The interactive city screens of the future might serve as a feedback channel and offer real-time personalized information about what’s happening in the city.
Digital and interactive screens are an increasingly visible part of the urban landscape. In tomorrow’s Helsinki they will be used as city guides and information channels. The interactive screens are ideal for integrated, participatory campaigns as well as for media art and visualizations.
Forum Virium Helsinki has been testing different kinds of wayfinding and interactive services on Clear Channel’s city screens. In the pilot projects conducted together with several city departments, the advertising screens have been used for diverse communications purposes.
The development work for creating interactive services for Helsinki’s digital media channels started from the needs of tourist guidance around three years ago. Since then, city screens both outdoors and indoors have been tested for delivering interactive map and information services for tourists and residents. This interactive service at customer service points utilize open data, and city departments have also produced their own information content to the screens.
“The digital wayfinding service for touchscreens fetches information from the city’s open data sources, which are also accessible for other service providers. The sources include news from the Metro newspaper and the City of Helsinki, the Linked events interface as well as public transport stop and route information from HRT,” Pekka Koponen from Forum Virium Helsinki elaborates.
“A useful idea, particularly with the map services and events info being available in different languages,” the users applaud.
Besides wayfinding, Forum Virium Helsinki is exploring opportunities with a broader range of interactive content. “We have produced and tested several interactive campaigns together with the city – from questionnaires to polls and participatory campaigns that activate the strollers on the streets,” project manager Kaisa Spilling says.
The first interactive experiment was conducted during the Ice Hockey World Championship in 2012. Passers-by had the chance to compete in light-hearted ice-hockey themed quizzes. Later on the screens have enabled people to test their animal expertise in a quiz at Helsinki Zoo, explore the e-book services offered by the Helsinki City Library and vote in the architectural contest for the design of Helsinki Central Library.
Forum Virium Helsinki and city departments are continuing their development work with media screens for both services and content. The idea is that in the future, the screens will provide residents with contextual information, serve as a feedback channel, and even offer customized information about current city events. 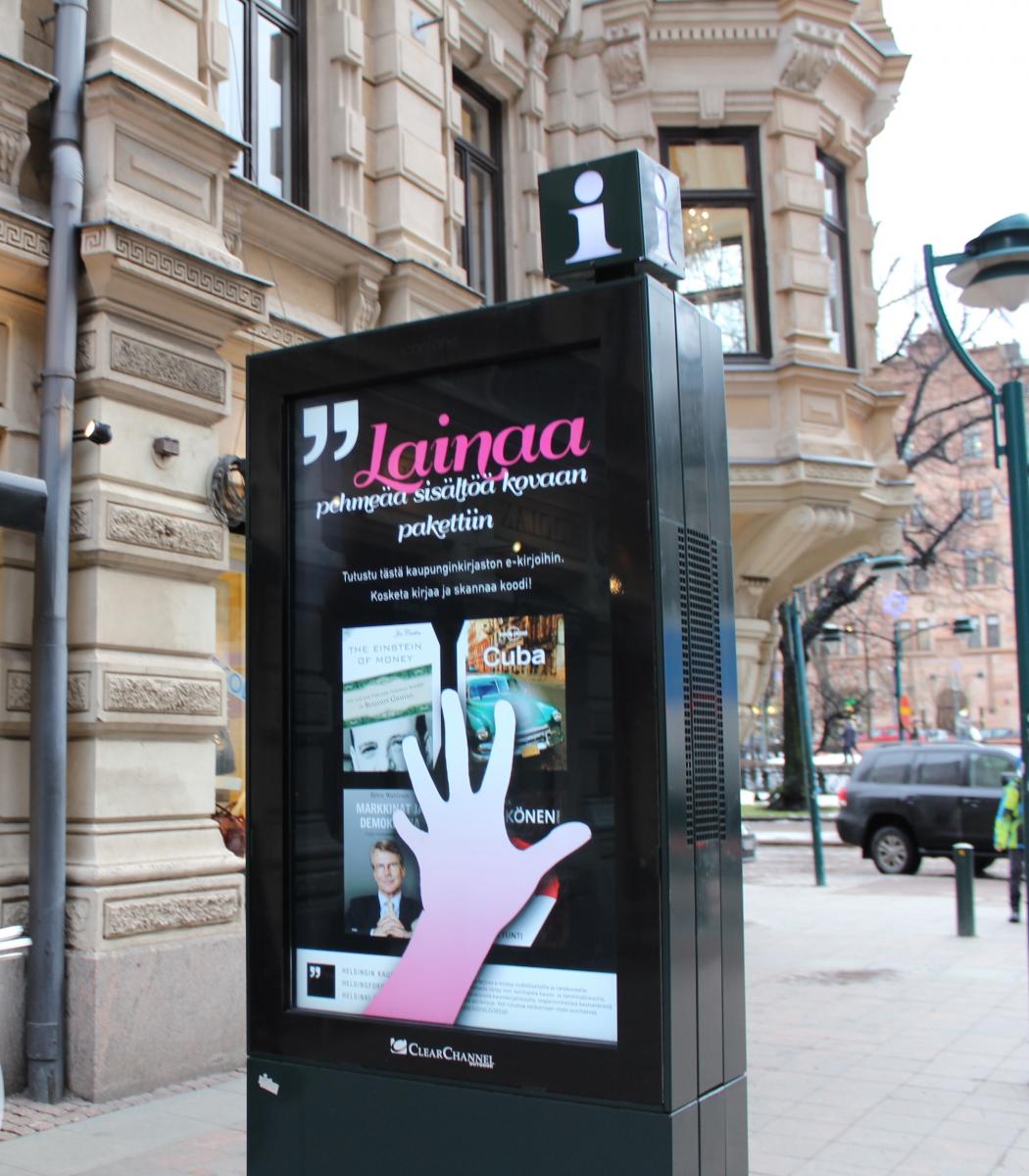