Frontpage Current Projects
About
Contact information
FI / ENG
Forum Virium Helsinki’s CreatiFI, ACE and GET projects provide small and medium sized enterprises (SMEs) with tools to facilitate growth and innovation, from financing to contact networks. And for nine years already, SMEs have been able to enjoy the support of the praised Growth Coaching.
One of Forum Virium Helsinki’s success stories has been Growth Coaching which has funded experts and consultants and accelerated the growth of nearly 300 companies between 2006 and 2014. Despite the economic downturn, the companies that have participated the Growth Coaching have collected 30 million in private and public financing and employed 4500 people.
Starting from 2015, the Growth Coaching has been produced by the Enterprise Helsinki, which offers advice for start-up businesses and growth businesses. Forum Virium Helsinki was the producer between 2006-2014.
“The key principle of Growth Coaching was customer orientation. The application process was made as easy and undemanding as possible, also selections were made quickly”, the project manager Kaisa Sibelius explains.
The chosen applicants picked which coaches’ services they wanted to use and only paid a pre-agreed share of the consultant fee.
“Growth Coaching had a flexible and handy format. It definitely accelerated our internationalization and we could validate attractive markets quickly and cost effectively,” Mikael Lauharanta from Smarp Ltd describes his experience. 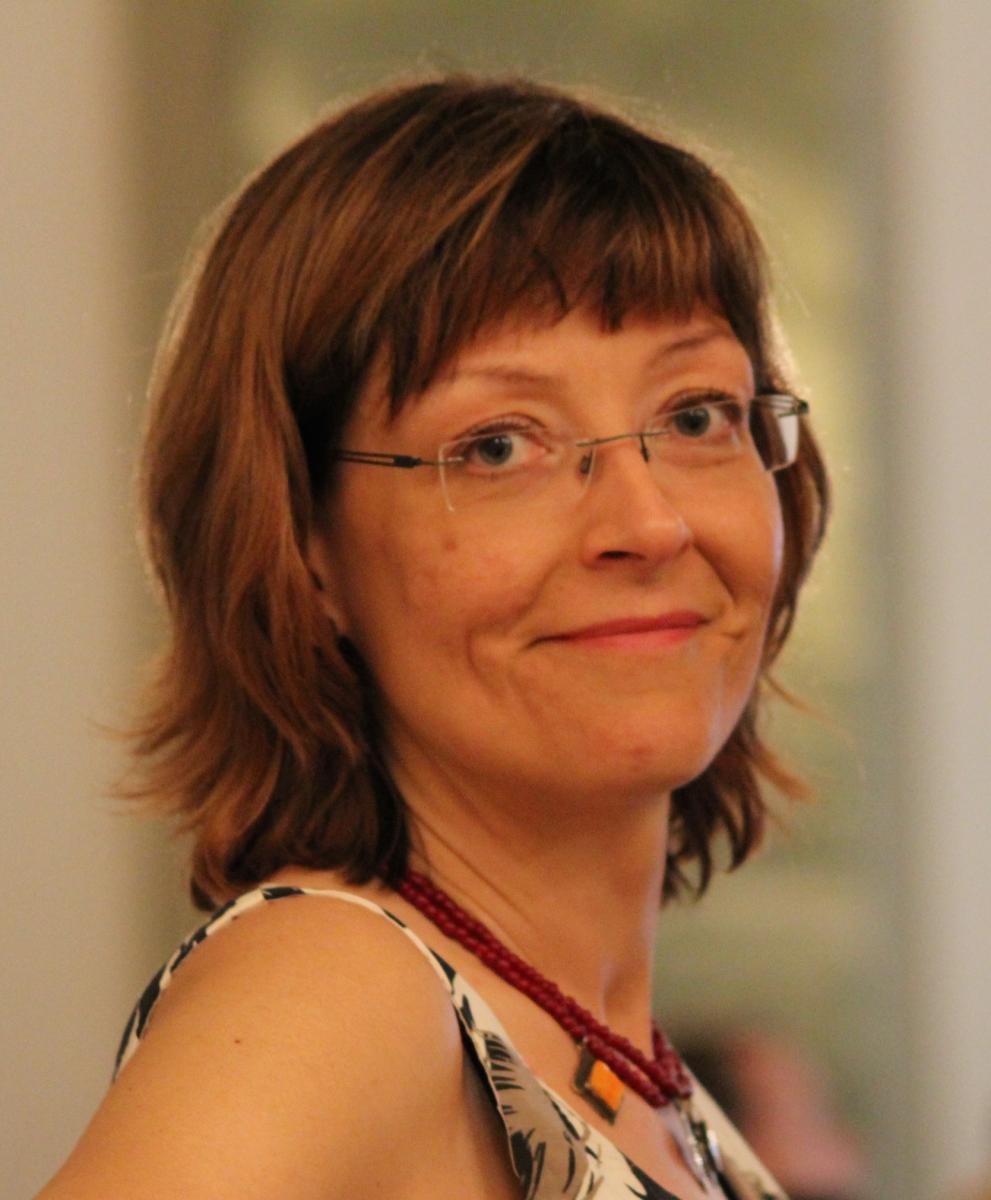 “We also act as matchmaker between companies, experts
and consultants,”project manager Kaisa Sibelius eloborates.
Smarp’s tool enables companies to encourage employees to easily share web content produced by their employer, such as blog posts, job advertisements and videos, on their own social media channels.
The no-nonsense operating model of the Growth Coaching has proven productive. Financial media has been actively showcasing the participating companies, like Kiosked, Nosto Solutions and Bitbar, all collecting large capital investments. Not long ago, Wired UK listed Helsinki as one of the world’s hottest start-up capitals, and spotted out Holvi (also a Growth Coaching company), as a company to watch out.
“The Growth Coaching gave companies a chance to get help from people who are actively involved in business life themselves. Companies could decide whom to have as their expert coach. The most important thing in coaching start-ups is that companies feel they genuinely benefit from it,” says Mika Malin, a long-term entrepreneur and advisor for the Growth Coaching.
Global financing and contacts
Partnerships in three EU projects bring new financing opportunities for start-ups.
“The European Union offers more flexible financial tools and growth programmes for SMEs than ever. Our aim is to help the Helsinki-based start-ups that we know well to grasp these new opportunities,” Kaisa Sibelius continues.

CreatiFI gives out funding to SMEs in the creative industry to develop digital services and innovations. ACE accelerates the growth and internationalization of ICT companies, while GET is targeted at eHealth companies.
“With these initiatives, we can open doors around Europe for companies, while also providing funding through CreatiFI,” project manager Jaakko Ikävalko from Forum Virium Helsinki explains. Funding for creative start-ups CreatiFI offers funding for SMEs, web entrepreneurs and ICT developers to create new applications for the creative industries with open source FIWARE technologies. Altogether, CreatiFI will distribute 4.8 million euros in funding.
The first open call chose 60 start-ups around Europe to receive money. In the upcoming year, these companies get help for business development and up to 50,000 euros grant for a prototype development.
The first round brought CreatiFI over 300 applications representing a wide variety of business ideas in creative industry. The selected candidates develop internet and smart phone applications related e.g. for gaming, tourism, and smart city services.
“The Finnish start-ups ruled the statistics: almost 100 applications were sent from Finland. Now the selected companies turn their business idea into a minimum viable product or a prototype”, Kaisa Sibelius explains.
In September 2015, CreatiFI will open its second call. This time the money goes into commercialization of a prototype. The grant provided is up to 100,000 euros. The Call 2 is open to all European start-ups and SMEs in creative industry. For those selected in the first round, it supports developing the work further. However, also completely new companies can participate and be selected.
All the applications funded by CreatiFI need to utilize FIWARE technology. FIWARE is a new open source technology platform developed by the European Union. Its components are free-to-use when developing new services and products. CreatiFI is only one of the 16 programmes that promote the utilization of FIWARE technologies.
Opening doors to Europe
ACE is a project opening doors and contacts for businesses to new markets in Europe. It targets the innovative start-ups and entrepreneurs in the IT sector who are looking to grow or take their business abroad. The project is taking ten Finnish companies abroad, either to Great Britain, Germany, France, Italy, Belgium, Portugal, Ireland, Luxembourg or Czech Republic. All in all, a maximum of 120 European companies are taking part. Forum Virium Helsinki’s task is to help companies that are interested in Finland.
The project is also developing common selection processes and operating methods for European acceleration and internationalization programmes. Forum Virium Helsinki is eager to share its experiences from the Growth Coaching programme.
The GET project spars eHealth start-ups in developing their business models. It also helps to find investors, establishes contacts with international partners and recognizes unfulfilled user needs in the health care industry. Besides Forum Virium Helsinki, the project involves partners from Spain, the Netherlands and Great Britain.
“We’re hoping that the processes and lessons learned in our domestic Growth Coaching will be adopted internationally, too,” Kaisa Sibelius says.
Text: Petja Partanen, Tarinatakomo
Photos: Pia Mässeli, Artic
The article is published as part of the Forum Virium Helsinki´s Building an Open City -release. Read more >>
Share the article Facebook Twitter LinkedIn