Citizens of Helsinki can report non-emergency issues, such as potholes and broken street signs to the City of Helsinki using a new service. Helsinki’s “FixMyStreet” service was opened last March, and it received positive feedback both from the media and citizens. The service was released by Metro-newspaper and can be found at www.metro.fi/fiksaus.

One satisfied citizen of Helsinki, Aarne Almila, tried out the new service as he spotted a broken pedestrian street sign on his way home one Sunday afternoon in October. “I read about the service from the vice mayor’s Facebook-status and added a shortcut to the service to my smart phone’s home screen”, says Almila.

Almila snapped a photo of the broken street sign and added a brief descriptive text and location information before sending the report to the service. (The report with the city’s response can be seen here).

Almila’s report was forwarded from Metro to the City of Helsinki during the same day. It went to the Public works department and on to the director of the street maintenance unit. The street sign was fixed three days after Almila reported the problem.

“The application is really working and I’m definitely going to use it in the future”, says Almila. City’s response and update on the fixing progress was also visible at Metro’s FixMyStreet service.

Most reports about street maintenance

During the last six months, Helsinkians have reported over 1,000 issues using Metro’s “FixMyStreet”service. Most of the reports were concerning street maintenance. The service has been in active use among cyclists and other outdoor enthusiasts. Thanks to active users, hundreds of damaged roads and broken street signs were reported to the city and got fixed. The condition of Helsinki’s forests and parks was another popular subject reported by the users.

Helsinki’s “FixMyStreet” service has both desktop and mobile optimized web version. This autumn it’s also found in two of Helsinki’s libraries, where people can try it out and give feedback about their experiences of the actual service. 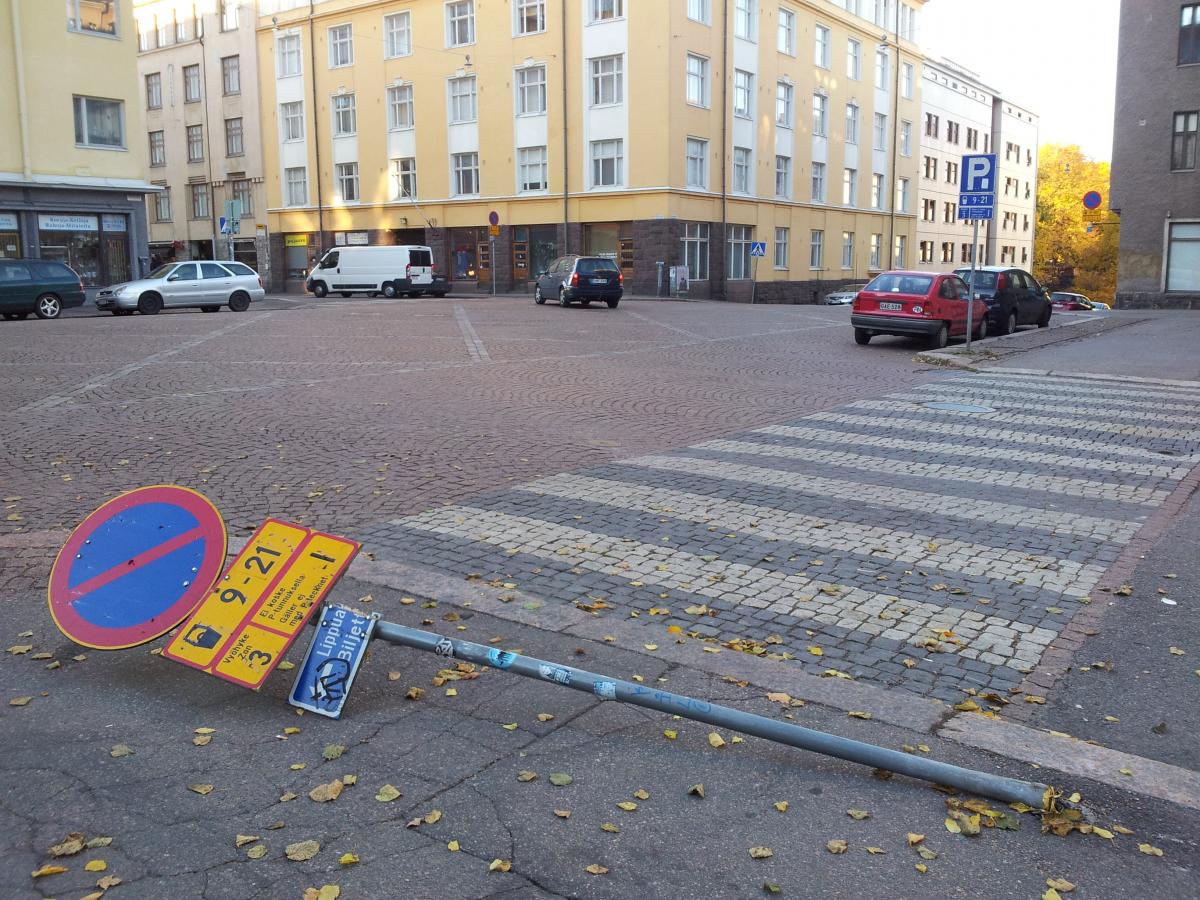 Metro “FixMyStreet” service was enabled by the new issue reporting API (automatic programming interface) opened by the City of Helsinki. The API is powered by standardized Open311-technology. Thanks to the open API, the city is able receive feedback from external services, such as third party applications.

Metro’s “FixMyStreet” is the first service to utilize the open issue reporting API opened by the City of Helsinki. During fall 2013 other applications are also integrated into the API, such as an application targeted for cyclists.

The new feedback API has already raised eyebrows around the metropolitan area of Helsinki. The neighboring cities have already been asking about services similar to Helsinki’s “FixMyStreet”. A lot of people from the neighboring cities are commuting to Helsinki and back every day, which is causing the borders of the cities in slowly fade away and makes it harder for the citizens to realize where they can use the feedback application.

The development of Helsinki’s issue reporting API and Metro’s “FixMyStreet” service is part of CitySDK-project. CitySDK is is funded by the European Commission and coordinated by Forum Virium Helsinki. During the project, a similar API will be implemented in six European cities.