The six largest cities in Finland join their forces to enable better services and new business. The network has been chosen to implement the national sustainable urban development strategy. The key idea is that cities can enable and test new innovations and services together, utilizing a region larger than one city.
6AIKA – Open and Smart Cities Strategy is a joint initiative of the so-called sixpack cities: Helsinki, Espoo, Vantaa, Oulu, Tampere, and Turku. Forum Virium Helsinki is the key partner of the cities in developing the strategy. The total budget of the strategy will be at least 5% of the European Regional Development Fund (ERDF) resources allocated to Finland. Together with the funding allocated by the state and cities, the budget totals approximately 79 M€. The strategy will be implemented between 2014 and 2020.
The Open and Smart Cities Strategy is a national sustainable urban development strategy, to be implemented as part of the European Commission cohesion policy 2014 – 2020. It was chosen by the Finnish Government’s Ministerial Working Group on Public Administration and Regional Development, chaired by the Minister of Public Administration and Local Government Henna Virkkunen.
The strategy and its projects are funded by the ERDF, the European Social Fund (ESF), the Finnish Government and the participating cities.
Better services, new business
Pushing the society towards communality, openness and accessibility is one of the core objectives of the Open and Smart Cities Strategy. The biggest cities in Finland see that collaboration is essential if they want to enable better services for their citizens and new business and growth for companies. Making interoperable services that work from city to city eases the everyday life of citizens.
The goal is also to improve Finland’s competitiveness by utilizing bigger city regions as test bed in developing and testing new innovations. 30% of the Finnish population live in the cities involved in the Open and Smart Cities Strategy. The development platform formed by the cities through the joint strategy is sufficiently large to be a world-class reference point.
The planned strategy consists of practical pilots and experiments. The cities solve their challenges in three priority axes: Open Innovation Environments, Open Data and Interfaces, Open Inclusion. The idea is to focus the work into co-operational projects involving several cities. The cities will jointly and independently take decisions on the projects accepted into the strategy. 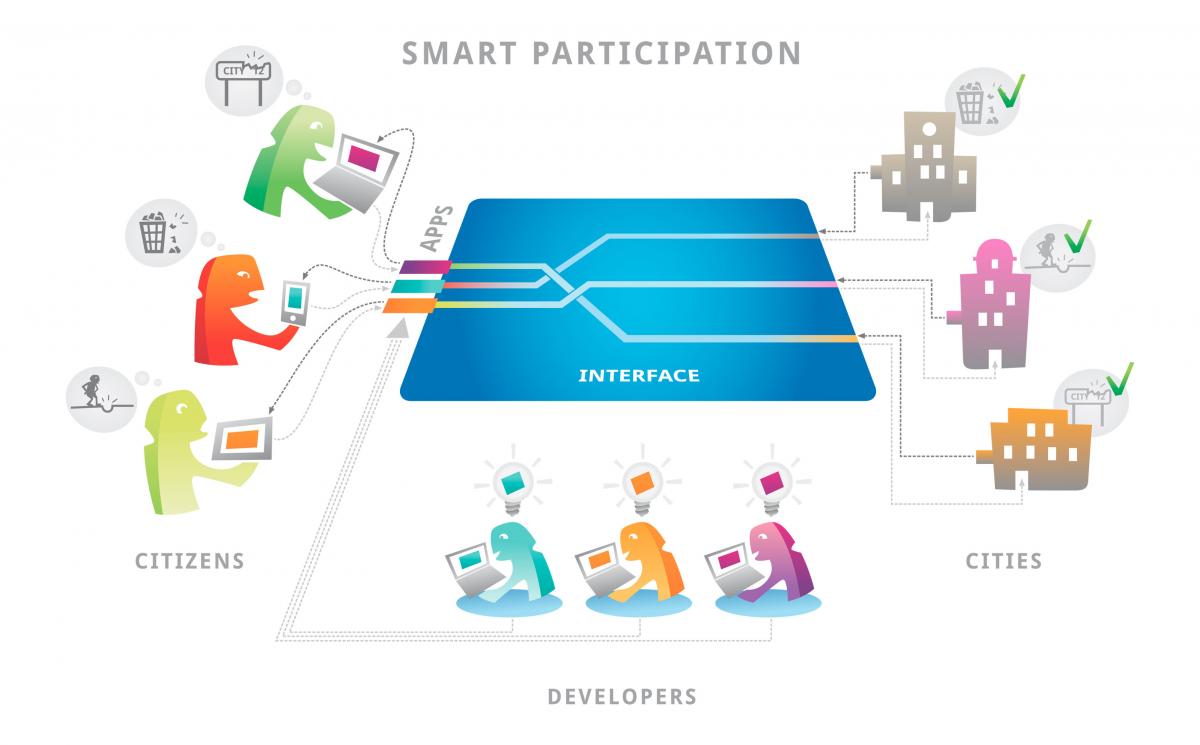