Frontpage Current Projects
About
Contact information
FI / ENG
Helsinki is a pioneer in opening all municipal decision in structured open data. This makes Helsinki an ideal candidate for exploring the opportunities of turning each municipal decision into a Social Object. The internet is full of services that have turned various things into objects of social interaction. IMDB has done this for movies, Airbnb for short-term rental apartments, Flickr for photos. Could public decisions act as Social Objects?
The EU-funded D-CENT project develops next generation tools for online democracy and participation. The service piloted in Finland enables participating citizens to follow the decision making process of the City of Helsinki. It gives a heads up when the city council or committee handles issues that they are interested in, for example; planned changes in their neighbourhood street or favourite dog park.
In the Helsinki pilot, the D-CENT project is exploring the possibilities of turning these individual municipal decisions into objects of interaction and discussion. This requires that each decision has a permanent location (URI) on the web that can be linked to from online discussions on, for example, numerous Facebook walls. It also requires tools for social interaction.
The D-CENT tools developed in Helsinki allows you to search for Helsinki’s municipal decisions by keyword. When a topic of your interest comes up, you can act: share info to you friends in social media, set up an email alert to follow-up future decisions, or utilise a co-writing tool (based on Hackpad), to draft an information request, press release or a letter to the councillors together with your friends. 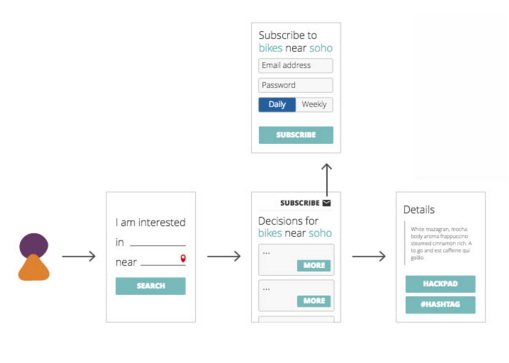 The written documents can be shared quickly and easily to other people who do not know each other in real life but can find a co-working space related to a decision that they both feel strongly about. This enables social interactions and collaborations that have not taken place before. Public outcries regarding public decisions could result in more than merely heated Facebook wall discussions in the absence of a Social Object that the energy could focus on.
“Influencing local decision making doesn’t have to be complicated. The key is to get information and collaborate in time – not when things have already been decided but when there’s actually still a chance to participate and have a say”, reminds Joonas Pekkanen, the project’s democracy expert at Forum Virium Helsinki.
Building and testing a prototype
In June 2015, a three day workshop was conducted in Helsinki to build up a prototype for local piloting. In the workshops the team discussed with local citizen activists to understand their needs and frustrations with the current tools they are using to participate and inﬂuence local decision-making. 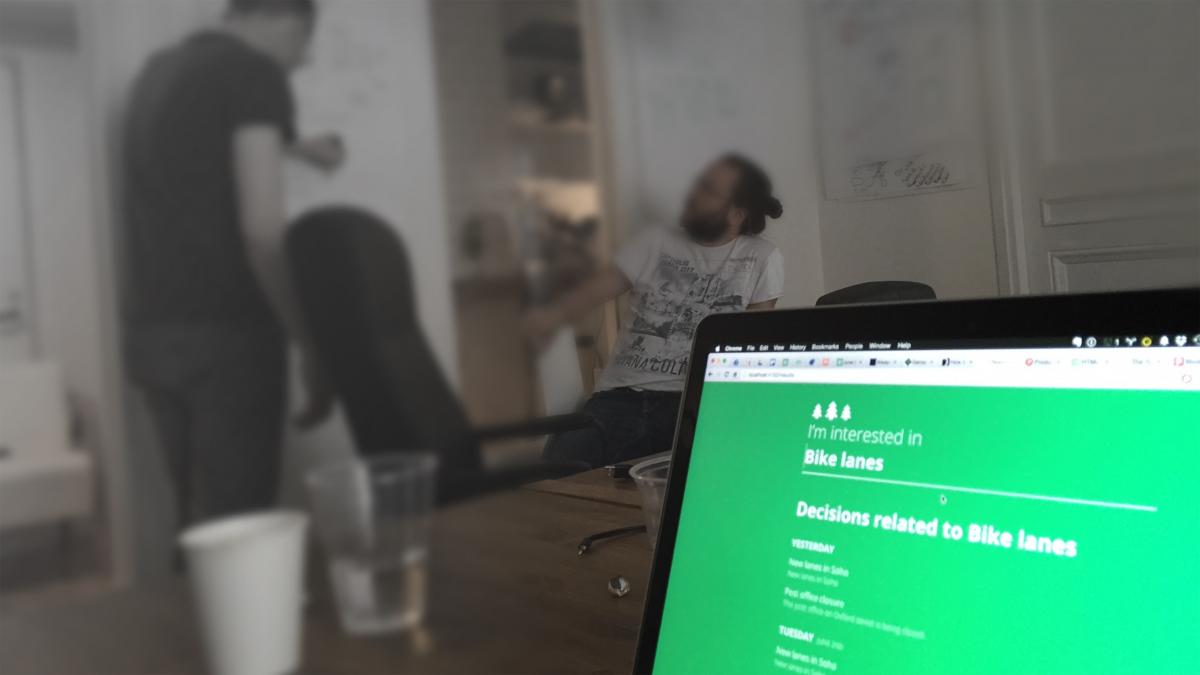 Picture: Chris Cheshire 2015, Thoughtworks
Already during the interviews work started on building an initial basic working prototype of the service and we developed it further based on the feedback we received. We identified the following key features for the service:
– Simple search
– Results based on search term
– Results are ordered by relevancy to search term most recently published
– Subscription to notifications based on a search term
– Email updates/alerts
– A collaborative pad for exchanging links / co-editing text
In September, a prototype of the service was opened to local citizens to gather feedback for further iterations. Currently, the service runs at https://decisions.dcentproject.eu. 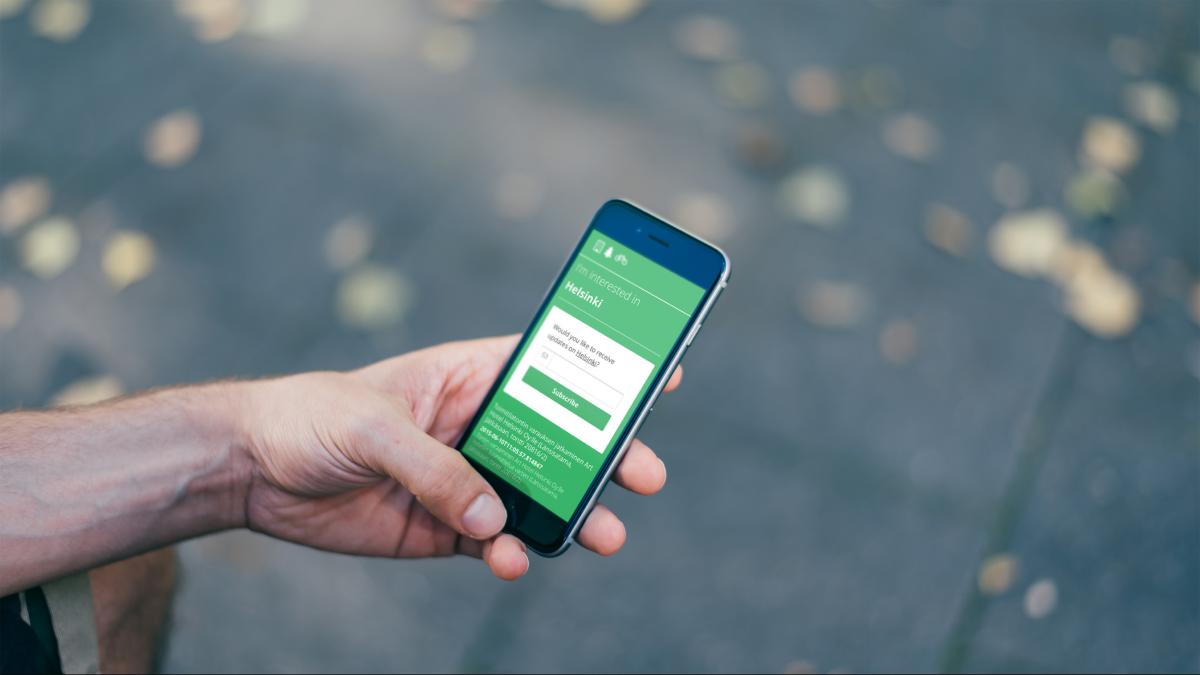 Picture: Chris Cheshire 2015, Thoughtworks
Utilising Open Ahjo
The decision-making data utilised for the D-CENT pilot service in Helsinki is fetched from Open Ahjo. This award-winning open interface gives access to all municipal decisions made by the Helsinki city council. Currently, the Open Ahjo contains over 40 000 agenda items and over 21 000 issues from more than 8000 meetings.
Open Ahjo was opened in 2013. In terms of transparency, it is a truly unique resource in the world. It has already been utilised in services like Päätökset (“Decisions”) website (users can browse City Council and committee decisions online), and Ahjo Explorer application (mobile access to the latest council bills and committee verdicts).
In the upcoming years, the hope is that decision-making processes will be opened up in other Finnish cities as well. As part of 6Aika Six City Strategy – Open and Smart Services, the cities of Helsinki, Espoo, Vantaa, Turku, Tampere and Oulu are exploring possibilities to build up an interoperable API which would offer coherent access to their municipal decision-making documents of the six cities.
More information:
https://decisions.dcentproject.eu
http://tools.dcentproject.eu
https://thoughtworks.app.box.com/s/nodufcbkf3vudio17ipfpp8a02e7scxi
D-CENT piloting in Finland: Introducing online democracy into decision making
Designing and testing D-CENT prototypes
The Finnish lean inception workshop
Share the article Facebook Twitter LinkedIn