Frontpage Current Projects
About
Contact information
FI / ENG
On August 27th, 2015, Crowd Dialog Europe gathered representatives from 28 European countries to Astoria Hall, Helsinki, to discuss latest trends on crowdsourcing, crowdfunding, and crowdinnovation. Forum Virium Helsinki was one of the corporate partners of the event, organizing a workshop discussing new e-democracy tools for cities.
The Crowd Dialog Europe 2015 gathered the European crowd knowledge to Helsinki. The event was held under the motto “United Knowledge”. It joined business, academia and politics from all around the world.
The programme included 15 minutes talks in the main stage, as well as parallel workshop and panel sessions. The day was opened by the Mayor of Helsinki, Jussi Pajunen, who gave insight on Helsinki as an open city. The keynotes included, among others, Bert-Ola Bergstrand, International thought leader, pioneer and movement builder; David Wilcox, Founder of ReachScale; Karol Krol, Founder & Vicepresident at Collaborative Economy Centre; and Tanja Aschenbeck-Florange, Partner Osborne at Clarke Law Experts. 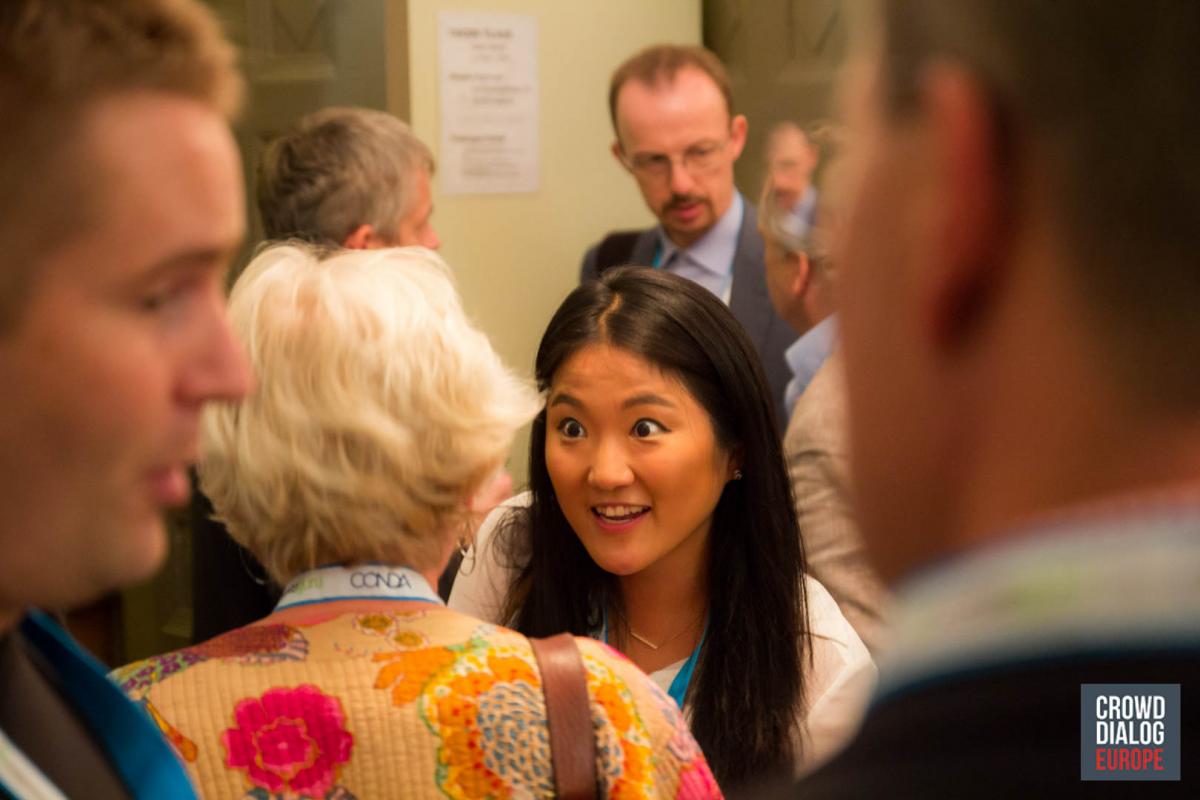 The event was organised in partnership with the EU Commission, DIGILE, Estonian investment agency and the city of Helsinki. Forum Virium Helsinki was one of the corporate partners of the event, and organized a workshop together with the D-CENT project and the city of Helsinki. This was the first international Crowd Dialog Europe. Previously, the event has been organized in Munich, Germany. 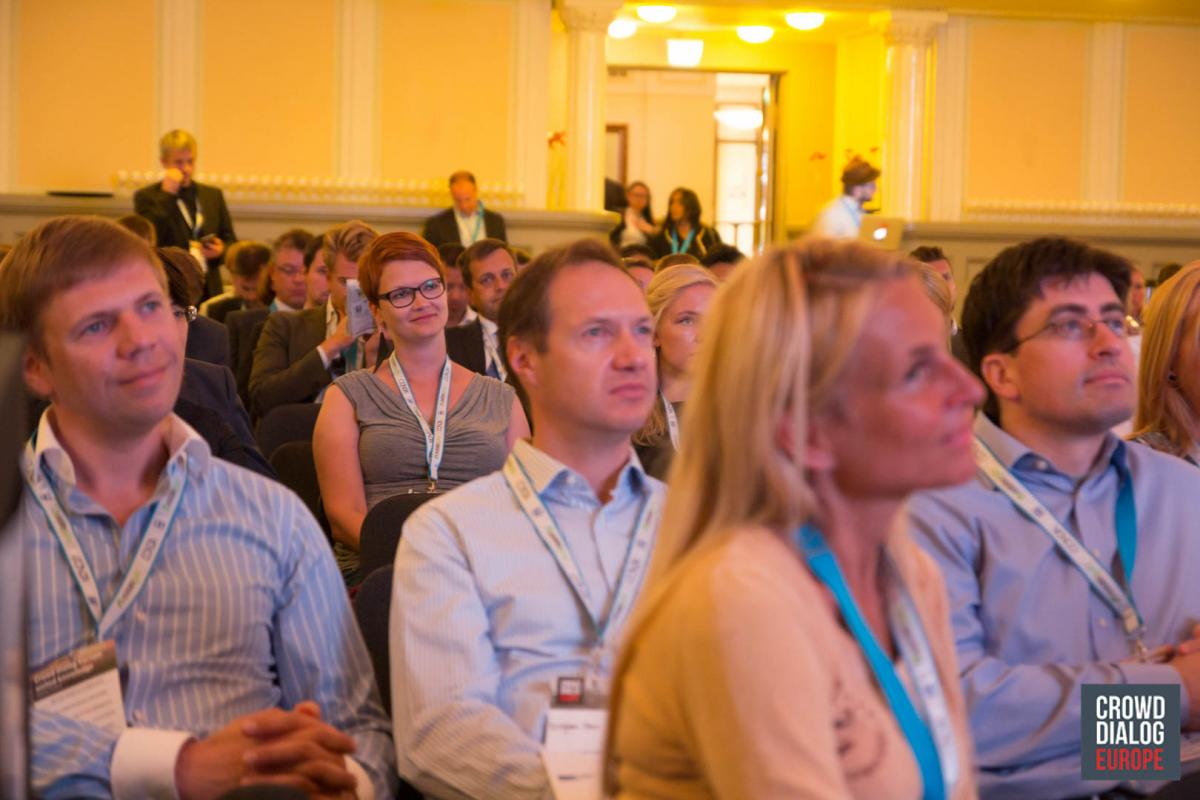 Workshop: New eDemocracy Era and Tools for Cities
In conjunction to the main stage programme, a workshop was held to discuss online participation and new tools for e-democracy. The session explored the showcases in Helsinki, as well as harvested the experiences of the participants from abroad. How cities could and should enable more active crowdsourcing and collective actions of citizens? 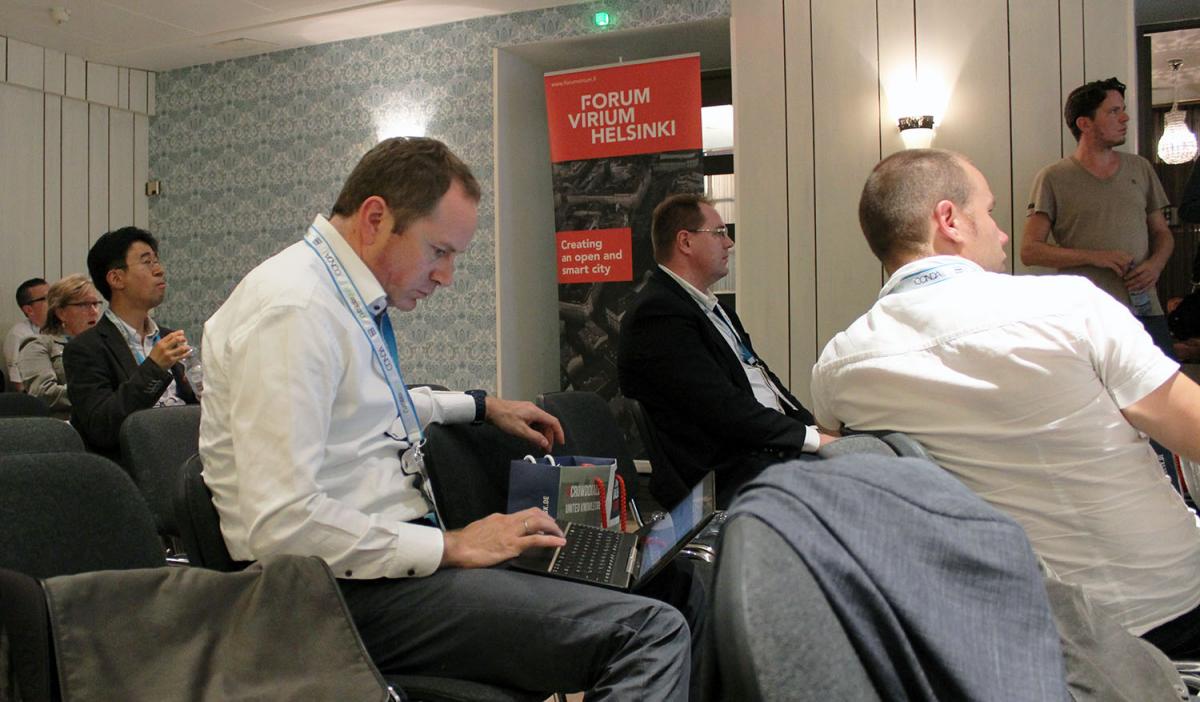 D-CENT is an international Europe-wide project creating privacy-aware tools and applications for direct democracy and economic empowerment. Helsinki is one of its piloting countries. Here, the idea is to offer a kit of online tools for active citizens. The D-CENT project plans to create and test a feed monitoring the decision making of the City of Helsinki.
“In the Finnish pilot of D-CENT, we will provide an alert which will give you a heads up when the city council or committee handle issues that interest you, for example plan changes in your residential area or favourite dog park. When a topic you are interested in comes up, you can act,” says Joonas Pekkanen, one of the hosts of the workshop in the Crowd Dialog Europe 2015.

“We need to make it possible for the busiest person to take part, or someone who doesn’t know enough yet, or people don’t want to dig deep into stuff. Participation needs to be light, funny and emotional,” reminds Jaakko Korhonen from Open Knowledge Foundation Finland, also hosting the workshop.
http://www.crowddialog.eu
Share the article Facebook Twitter LinkedIn