Frontpage Current Projects
About
Contact information
FI / ENG
Since starting their work in 2013, Helsinki’s Code Fellows have been tirelessly building the digital city, from an innovative public transport navigator and new open data interfaces to a real-time snow plough map. The next step will be to take the pilot to state administration.
City of Helsinki Code Fellow Timo Tuominen is showcasing the prototype of a brand-new public transport navigator on the bustling Esplanadi street.
“Here you can search for the nearest restaurants, for example,” Tuominen proudly explains the app he has been developing.
A turn by turn navigation app, a familiar concept to drivers, is now available for public transport users for the first time. Most of the code has been written by Tuukka Hastrup, who worked as a HRT Code Fellow in 2013, but anyone can get involved in improving the open source app.
I click on the map of the HRT Navigator on the touchscreen of my mobile phone and the service instantly gives me the fastest public transport connection to my office in the Vallila district. If I start walking within half a minute, I’ll just make the next tram number 9.
The first Code Fellows in the Code for Europe programme, Juha Yrjölä and Tuukka Hastrup started working at the start of 2013. The goal of the programme was to make the development of Helsinki’s IT systems more open and agile. Yrjölä worked at the City of Helsinki Information Technology and Communications division, while Hastrup was based at HRT, the public transport authority for the Helsinki Metropolitan Area. The duo quickly showed their potential.
Agile IT development
Public sector IT systems have traditionally been large, complex closed source solutions, which have been uniquely developed to match each customer’s needs. In today’s connected world, however, everyday services are increasingly based on open data interfaces and recycled code.
“We want to introduce the culture of the start-up world to the public sector,” Forum Virium Helsinki’s project manager Marja Mattila describes the objectives of the Code Fellowship programme.
The Code Fellows’ ways of working are commonplace in small companies but still rare in the public sector. Everyone has been able to test out the HRT Navigator online, for example, ever since the first versions came out. Development has been based on user feedback.
Jari Honkonen, responsible for HRT’s Journey Planner service, had been playing with the idea of a new kind of public transport navigator for a long time. When Forum Virium Helsinki suggested taking part in the Code Fellowship programme at the end of 2012, he immediately became enthusiastic.
When HRT hired the Code Fellow, it was the first time they’d ever employed an in-house coding expert. Until then they had bought all their IT solutions from outside.
“We initially thought that we would hire the Code Fellow to mainly work on the navigator. But it didn’t take long until his remit started to expand. Thanks to his work we’ve understood that some things are much easier, faster and more efficient to do in-house than with an external supplier,” project manager Honkonen says. 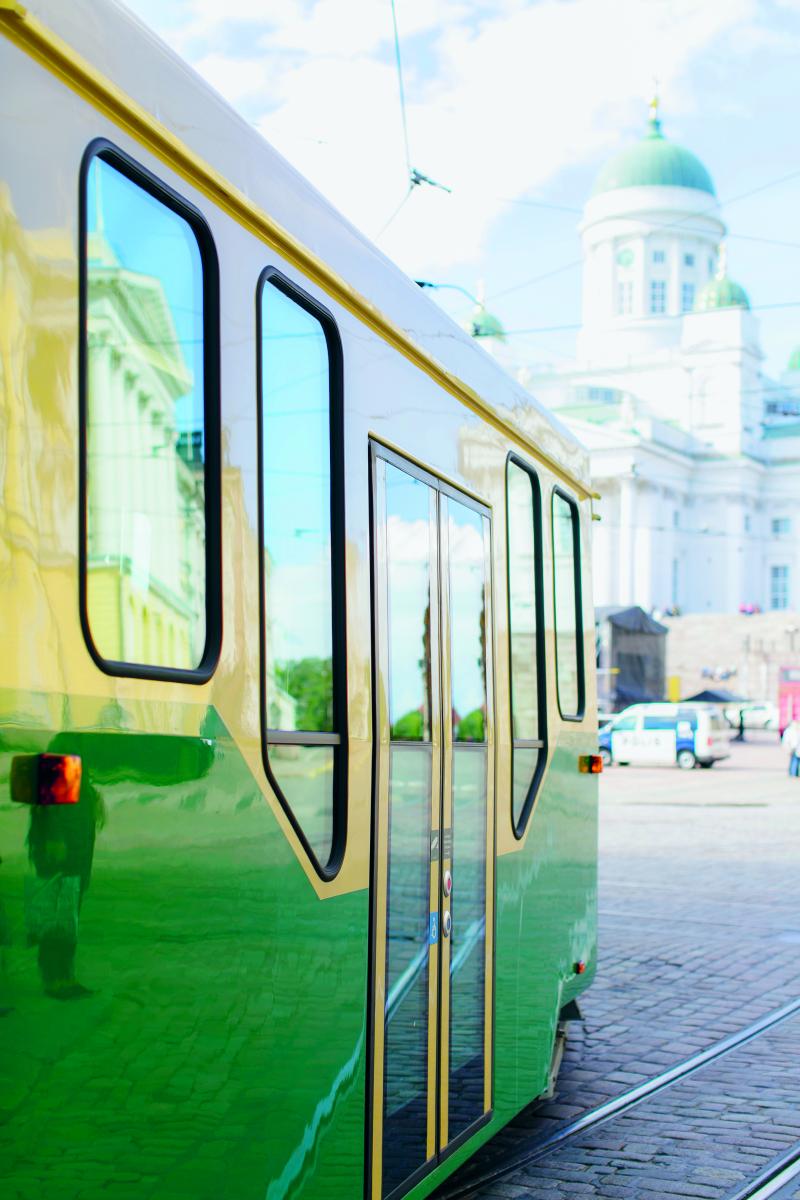 The HRT City Navigator developed by Helsinki´s
Code Fellows grabbed the gold in mobile app category
in an international hackathon in Ghent.
Support from a European network
The result of a year’s work, the public test version of HRT City Navigator works brilliantly. “The fact that we hired Tuukka Hastrup to work for HRT shows how satisfied we are,” Jari Honkonen says.
According to Honkonen, another important reason to test out the Code Fellow programme was the desire to experiment with new methods of public sector IT procurement.
“During the year we have gained a lot more understanding of open source coding,” Honkonen claims.
Code Fellows have not been working alone. Help has been at hand from a network of coders in six other European cities. The HRT City navigator app currently also works in Manchester, one of the Code for Europe cities.
“We aim to develop solutions that are easy to duplicate and utilize in other cities, too,” Marja Mattila explains.
The spirit of the programme is that all the Code Fellows’ work will be published as open source code. This is why you can now navigate with the HRT app in Tampere, Berlin and Amsterdam, too.
“It has become a software component, which is also useful to others,” Honkonen says with a smile. 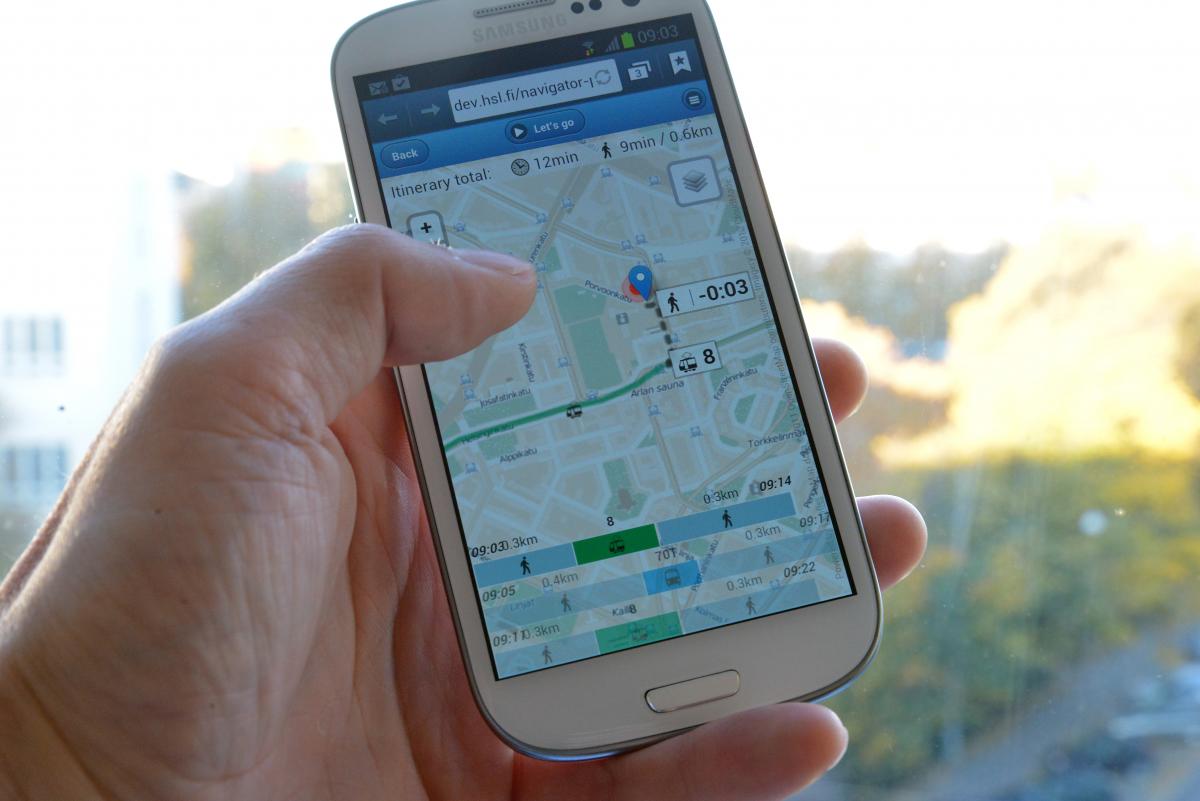 The HRT City navigator for the Helsinki Metropolitan Region leads you by the hand.
Helsinki opens up decision making
Ahjo Explorer, the favourite app of Jussi Pajunen, the Mayor of Helsinki, would not have happened without the efforts of Code Fellow Juha Yrjölä. Yrjölä, who worked as a Code Fellow at City of Helsinki Information Technology and Communications division in 2013, built an open interface to Ahjo, the city’s decision making system. The same interface is also used by the Päätökset (“Decisions”) service, which allows anyone to browse and search for City Council and committee decisions. Yrjölä has also finalized the so-called snow plough map, a service that shows the movements of the city’s snow ploughs in real time.
The work is now continued by Timo Tuominen, sharing an office with Yrjölä. Both of them have now been hired to work for the City of Helsinki.
His predecessor’s projects keep Tuominen’s hands full. He is busy opening up the city’s data interfaces and decision making.
“We want to open up the initial stages of municipal decision making, too. The City Planning Department, for example, has a clear need to hear residents’ opinions from the very start of the planning process,” Tuominen highlights.
Marja Mattila points out how positive experiences are inspiring the experiment to be extended.
“Our new Code for Finland programme aims to take the operating model beyond Helsinki, to state administration.” 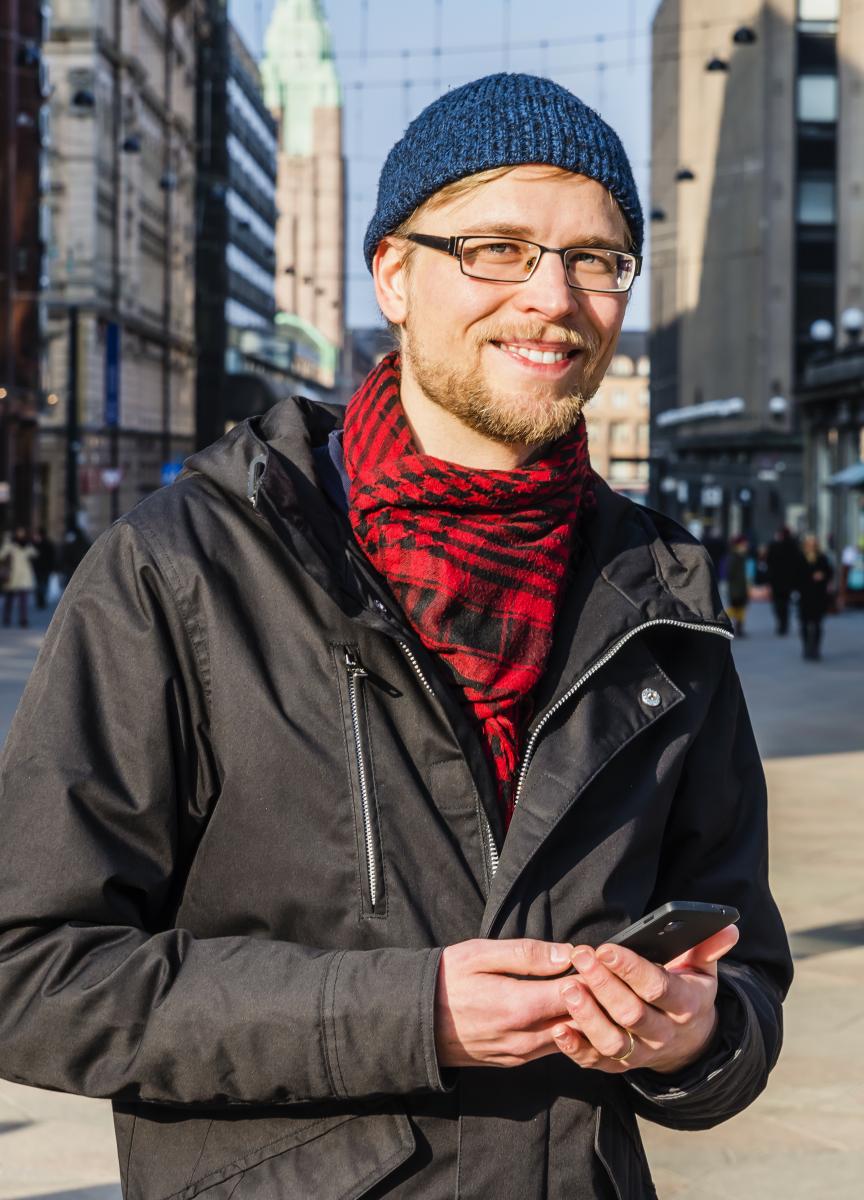 Together with his colleagues, the Code Fellow Timo Tuominen
has been successful in making municipal decision-making
data accessible to everyone.
A new service map for the capital region
Another challenge for the Code Fellows is to try to recreate the service map of the capital region with open source solutions. So far, their achievements include a new public transport route planner for people travelling with a pushchair or wheelchair. It includes only the options and stations that offer easy, stair-free access.
“In the future the service map can be more easily utilised in the city’s various electronic services. What’s more, it can be replicated in other cities with minimal effort,” Code Fellows Tuominen and Yrjölä say.
Text: Petja Partanen, Tarinatakomo
Photo: Maija Astikainen, Visit Helsinki, Mondo, Petja Partanen
The article is published as part of the Forum Virium Helsinki´s Building an Open City -release. Read more >>
Share the article Facebook Twitter LinkedIn