More than three thousand citizens voted for their favorite modern library in the period 23 March – 7 April using the touch screens in the city center, in the Helsinki Central Library exhibition in Meilahti Art Museum, online and in social media. The second phase of the architectural competition had six entries, of which The Diagonal Agora was the winner with 984 votes (31%), Käännös came second with 644 votes (20%) and Kasi was third with 462 votes (14%).

Most people voted for their favorite on the touch screens

The overwhelmingly most popular channel turned out to be the touch screens found in the city center. The interactive voting of the Clear Channel city screens was designed by Forum Virium Helsinki together with the Helsinki City Library. A total of 2,185 citizens voted for their favorite on the city screens. Based on the feedback received through social media, voting on the touch screen was easy and fun. A dozen touch screens were located in various parts of Helsinki city center.

The winner of the architectural competition will be chosen in June 2013. The goal is to create a modern library capable of answering the technical and cultural changes that have occurred in society. The goal is to build a public space that functions as a good interface with creative life. The same building would have many different sides: it would be a loved house of knowledge, skills and stories, a digitally savvy place, a local community center with sharing and the third space between the home and the work place. The citizens’ ideas and opinions are constantly needed for developing a new type of library. They will be listened to also in the future. 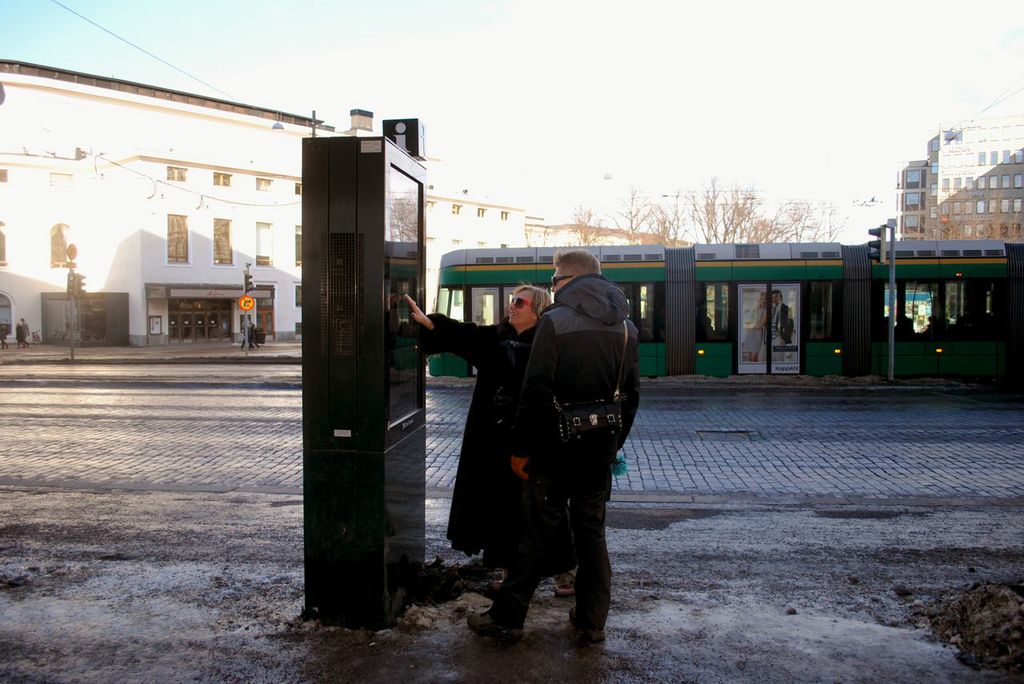