Frontpage Current Projects
About
Contact information
FI / ENG
When the European Parliament compared the Smart City initiatives of 468 European cities, Helsinki was ranked as one of the top six. Propelled by agile city development policies, Helsinki is planning to stay at the cutting edge in the future.
Jussi Pajunen, the Mayor of Helsinki, is presenting his favourite app in the lobby of Helsinki City Hall.
“I get all decision-making related information straight to my mobile phone, with all the attachments,” Pajunen marvels.
Indeed, in just a few clicks, his Lumia smartphone screen displays the latest council bills, the auditor’s statement, the new traffic plans and committee verdicts.
Only recently, while shopping on a Saturday, he got a call from a journalist asking him to comment on a new council bill. The Mayor was not yet even aware of what the bill entailed.
“I could research and comment on the issue immediately, in the middle of my grocery shopping,” Mayor Pajunen says.
This story has been heard several times. It has been told at city seminars, and the Ahjo Explorer app has been demonstrated to Pajunen’s colleagues around the world. 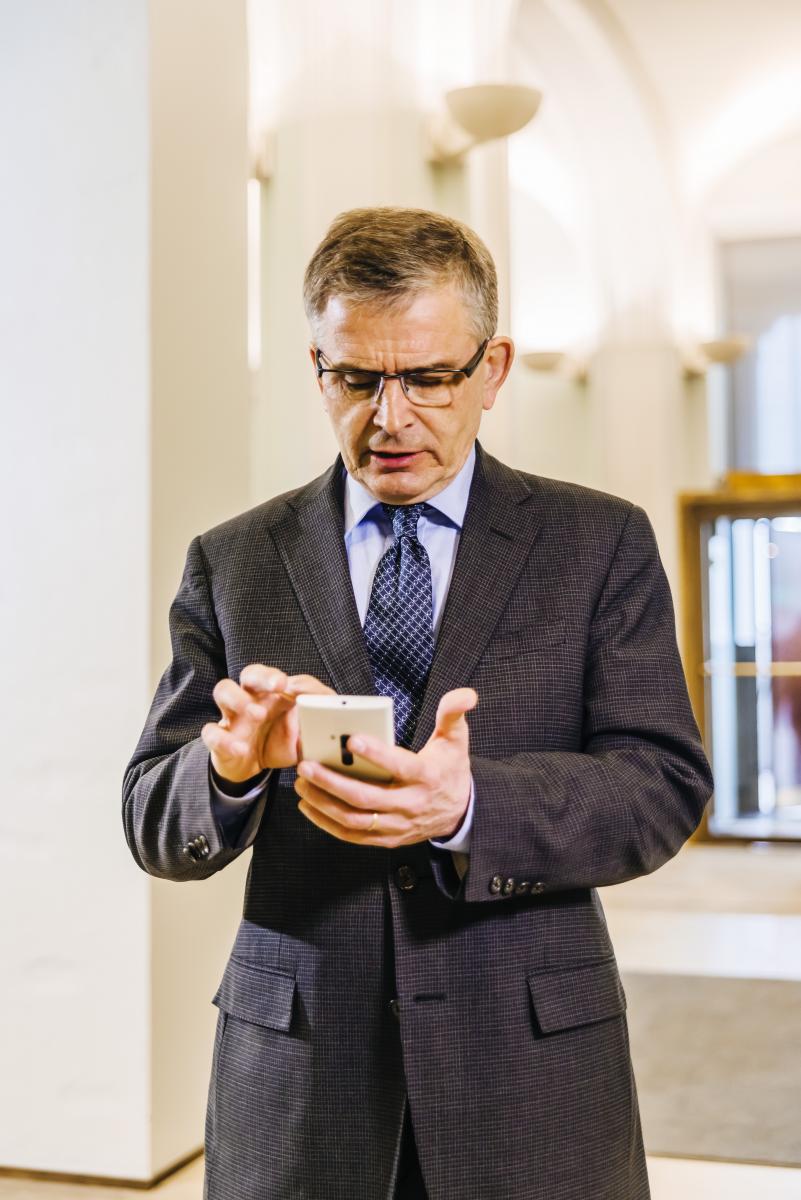 The Mayor’s favourite app probably wouldn’t exist if Forum Virium Helsinki hadn’t suggested to Markku Raitio, City of Helsinki’s IT Manager, that Helsinki participate in a code fellowship program.
These days, cities’ IT departments mainly function as procurement organisations. In a pilot initiated by Forum Virium Helsinki, six European cities employed open data professionals to work as IT procurement experts and drive selected coding projects. Juha Yrjölä, who worked as a Code fellow for Helsinki city, was quick to build an open interface for the council’s decision making system.
User-centric digital city services
Forum Virium Helsinki’s development projects drive the creation of digital city services. From the very start, ideas under development are tested as part of users’ everyday lives. Another goal is to create new business opportunities for companies.
The Smart City Innovation unit for Helsinki City was founded in 2006. When the CEO of Forum Virium Helsinki, Jarmo Eskelinen, is asked what has been its most important achievement to date, he doesn’t hesitate.
“It’s definitely our leap into the world of open data in 2009. Back then it was still only raved about by a small group of geeks, but we believed that we should grab hold of the concept,” Eskelinen states.
Forum Virium Helsinki teamed up with data enthusiasts to launch the Apps4Finland competition for utilising open data sources. This cooperation with open data proponents has since given birth to the idea about an open city.
“The city needs to be an enabler. The best way to enable is to open up processes, data and data systems as well as the city’s operating models,” Eskelinen says.
The most significant pioneer work for opening up public data has been done by the Helsinki Region Infoshare service, involving municipalities in the Helsinki Metropolitan area. The numbers speak for themselves: the service already covers over 1000 open data sets.
Towards open interfaces
City of Helsinki’s own Helsinki Development Portal (dev.hel.fi) is leading by example in opening up interfaces.
The most popular open data sets are built into interfaces, from which it is easy for web and mobile apps to make simple data queries. This has been utilised by for example Helsinki Region Traffic HRT, which already gave everyone open access to its public transport timetables and routes in 2009. Dozens of mobile services developed by both companies and individuals conduct millions of data searches on the interface every year. The only investment HRT had to make was to open up the interface. The cost of making data accessible is usually minimal compared to the total cost of a data system.
“The building and maintenance of the open interfaces of our Journey Planner service have cost us 60 000 euro in three years. Over the years, we have spent a total of approximately 5 million on developing the Journey Planner,” HRT Project Manager Jari Honkonen confirms.
Mayor Pajunen points out that the Ahjo Explorer app has not cost Helsinki city a penny either. It was born because Jouni Tiainen, an independent app developer, wanted to build an easy way for people to access the city’s decision making data.
But clever standalone mobile apps alone have not propelled Helsinki to the top of the world’s Smart City rankings. The city owes its success to the underlying basic philosophy, the transparency of public information. In 2011, the Ahjo decision making system gave 5000 civil servants and local politicians access to a paperless office. The system gained international recognition when the programming interface by Code fellow Juha Yrjölä expanded its potential user base to millions. Today, any citizen, journalist or data enthusiast can explore Helsinki city’s decision making documents from anywhere in the world, around the clock.
Openness as a philosophy
A discussion in the meeting room of Forum Virium Helsinki revolves around visiting the local health care centre. The current users of Kallio health care centre are asked about what services they would like to find in the wellbeing centres of the future.
Forum Virium Helsinki’s Smart Kalasatama project is mapping residents’ expectations for their health care services. The information will be used in planning the new social services and health care centre of the Kalasatama district. The focus group quickly gets to the core challenges of any public health care system. Getting care is the biggest bottleneck. Some would like to book appointments in the web, while others even suggest doctor’s appointments via Skype. People are also keen to access their own health data.
The Smart Kalasatama project is conducted in close cooperation with the City of Helsinki Department of Social Services and Health Care. Project Manager Veera Mustonen is happy that users have been involved from the very beginning.
“The best way forward is service design, planning services that are based on user needs.”
Building a new city district requires millions in investment. How do Forum Virium Helsinki’s operating methods, agile piloting and user engagement fit in with creating city infrastructure?
“Of course you need a basic infrastructure for the city, but it can have smart elements,” claims Hannu Penttilä, the Deputy Mayor of Helsinki. 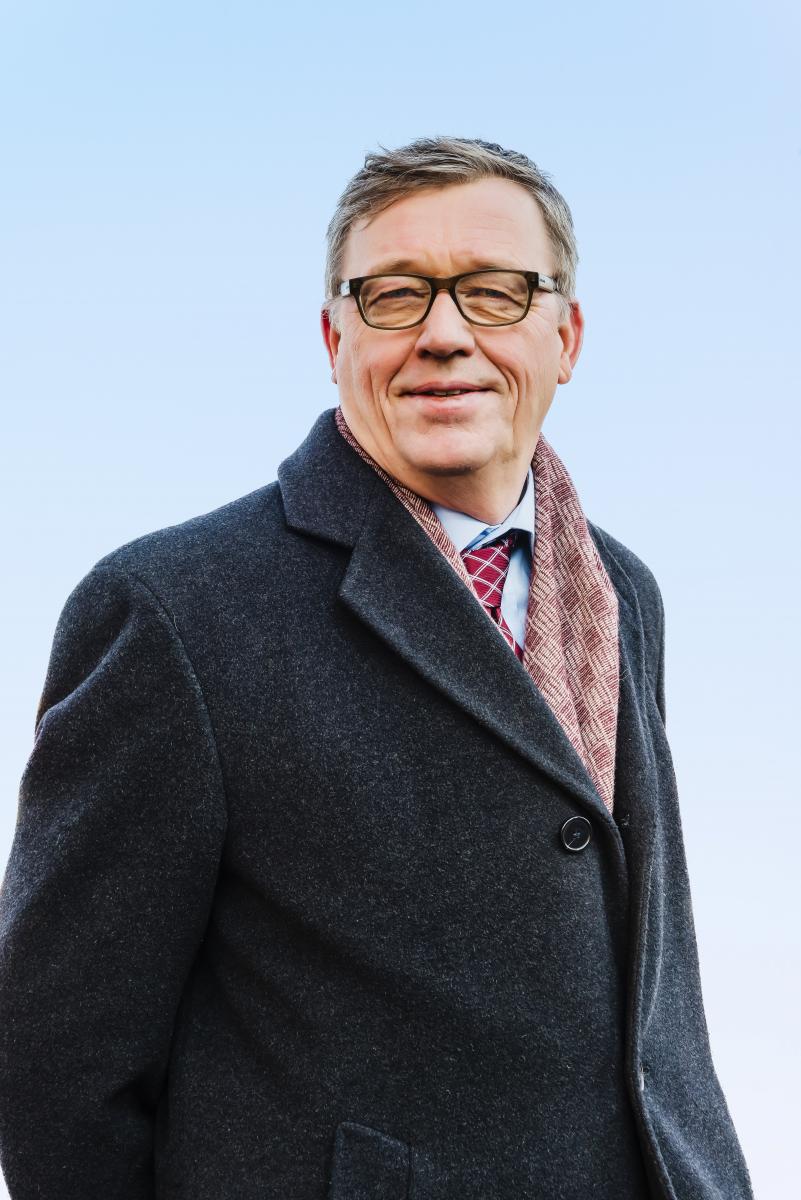