City of Helsinki together with Forum Virium Helsinki celebrated the UN International Year of Light with the Bright Baana event. In September, the bridges of a popular cycling and pedestrian route in central Helsinki transformed into lighting installations.

The year 2015 was nominated by UN as the international year of light and technology. Year of Light highlights the benefits to humanity offered by the fields of science that utilise light and their applications.

The beautiful experiences of light that Baana offered its users in September 2015 were the result of cooperation between the Illuminating Engineering Society (IES) of Finland, Helsinki Metropolia University of Applied Sciences and City of Helsinki Public Works Department.

The purpose of the project was to gather experiences on the use of new, energy-efficient lighting solutions and their effect on the sense of comfort and safety. 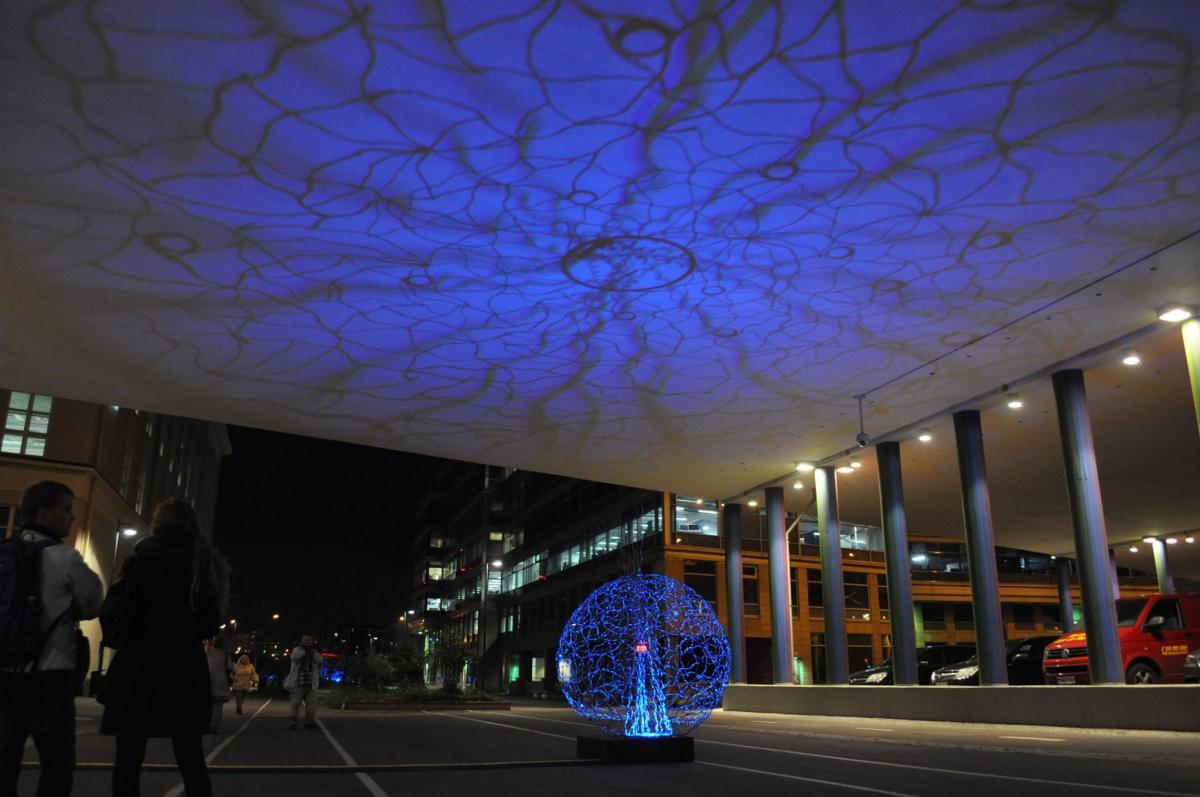 The installations created visual rhythm, colour and interaction to the urban space – experiences that are more common under the theatre lights. The installations toldl stories, highlighted the details of architecture and commented on the history of the location.

Around ten lighting installations were implemented on the just short of 1.5 kilometre route from Mannerheimintie to the Länsilinkki on Mechelininkatu.

Alinen, the underworld of spirits in Finnish folklore, was the inspiration for the installations. Underworld was reached through a tunnel or a small cave, and during the journey, one could face the spirits of the departed, healing forces or spirit animals. The design groups interpreted the theme freely, from an urban point of view. The theme emphasised the characteristics of Baana as a space for the citizens, which is separate from the city above, dominated by cars and commercial activities.

The international Year of Light declared by the UN aims to increase the awareness of the possibilities of lighting technology as the promoter of sustainable development. In accordance with the theme of the Year of Light, the lighting installations of Baana utilised energy-efficient light sources and smart control technology, which reacts to the pedestrians and cyclists on the route.

The event was implemented in cooperation with the Illuminating Engineering Society (IES) of Finland, Helsinki Metropolia University of Applied Sciences and City of Helsinki Public Works Department. Thirty lighting designers and designers designed the installations as group works and the corporate members of the Illuminating Engineering Society of Finland were a valuable help to the event by lending the devices used in the installations. 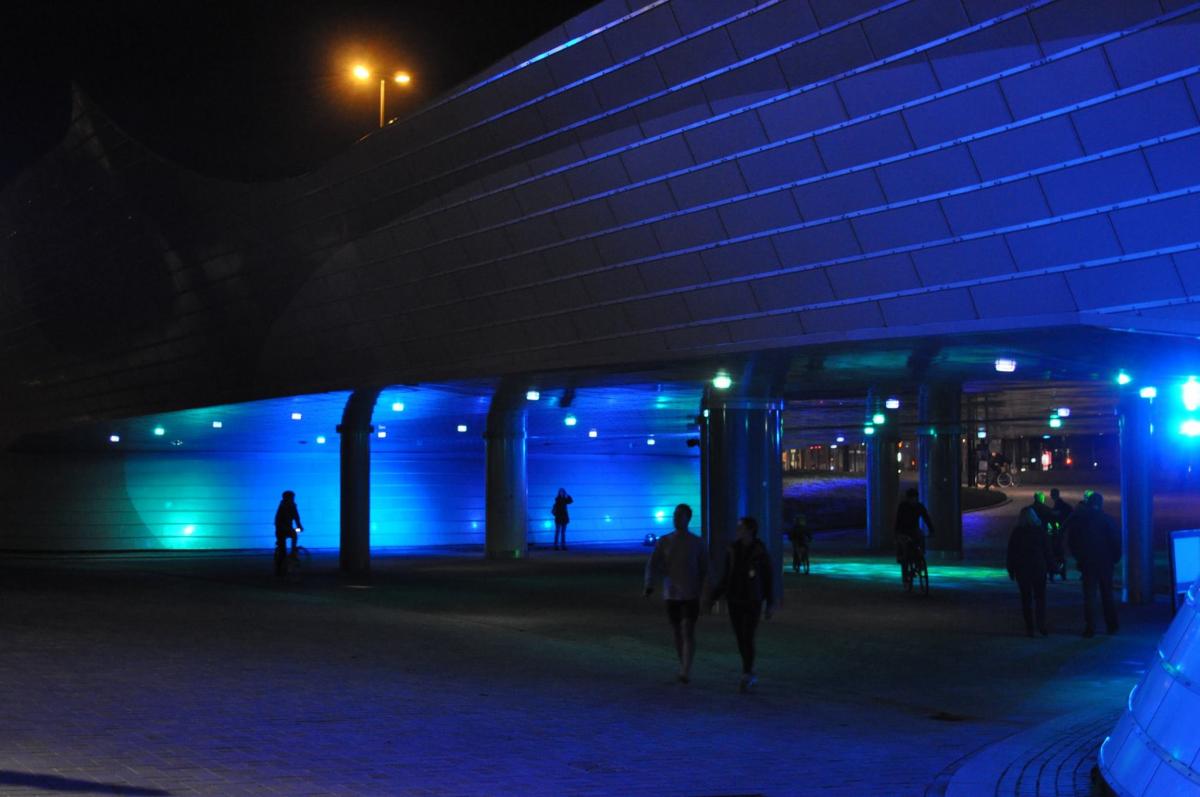 The installations were built as the student works of Helsinki Metropolia University of Applied Sciences students of Electronics and Stage technology.

The City of Helsinki and Forum Virium Helsinki have together created and piloted digital wayfinding, signage as well as interactive services on the city screens for a few years now. Information on Bright Baana event was displayed on these interactive screens.

Baana, completed in 2012, opened up a cycling and pedestrian route from the West Harbour to the city centre, when the railway traffic was stopped on the old port tracks, built a hundred years earlier. In some places, Baana is a dramatic canyon, lined by steep cliff walls, and in other places it is a lively “living room” for the youth or a park-like embankment. The pedestrian and cycling corridor, which was built into a former railway canyon, was awarded as a commercial-free public space in the European Prize for Urban Public Space competition in 2014, from among nearly 200 European cities. 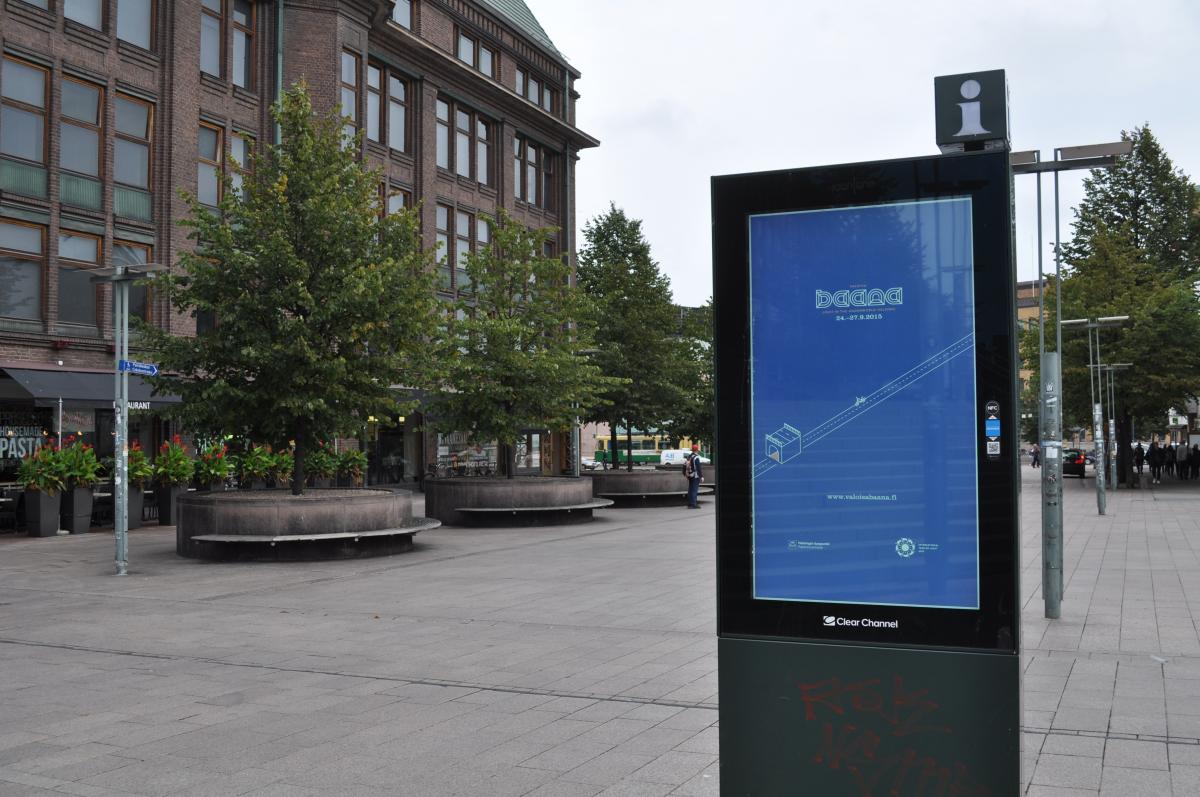