Frontpage Current Projects
About
Contact information
FI / ENG
Inspired by urban history, Forum Virium Helsinki, VTT have been testing a new wayfinding concept linking the past and present when strolling the streets of Helsinki. The demo application takes you out on a historic tour, showing how the places used to look like 100 years ago. The concept was tested with a demo application in December 2014.
With the help of augmented reality, the application offers sightseeing spiced with history, touring the main attractions in the old part of the city center. At location, the app shows photos taken exactly at the same spot from the beginning of 20th century. The photos are fetched from the Helsinki City Museum’s archives.
The app is targeted for tourists, as well as the residents of Helsinki. It can be used with smart devices with a camera. A map shows places and attractions to observe and visit. When the user is on site and looks through the camera, a historical (2D) photo appears on the screen showing what the place used to look like in the past. 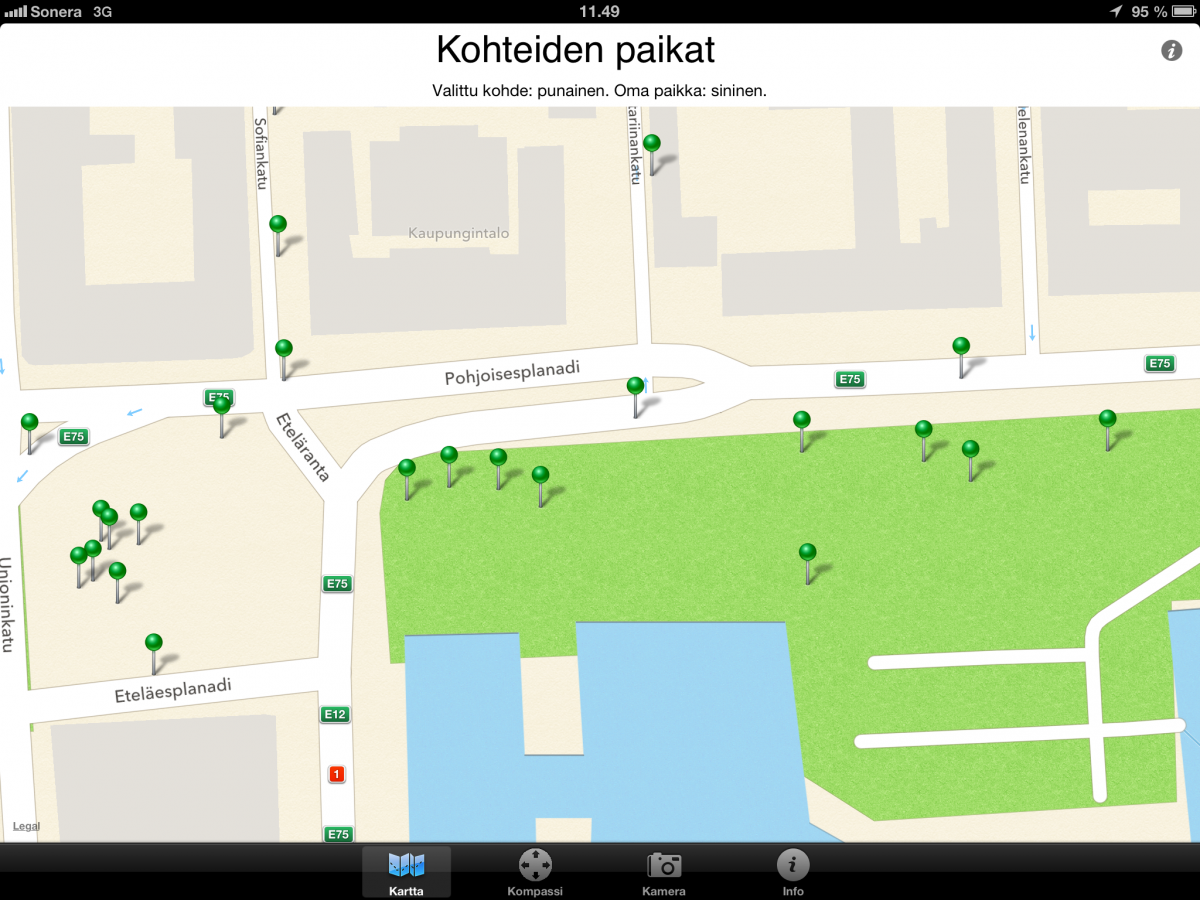 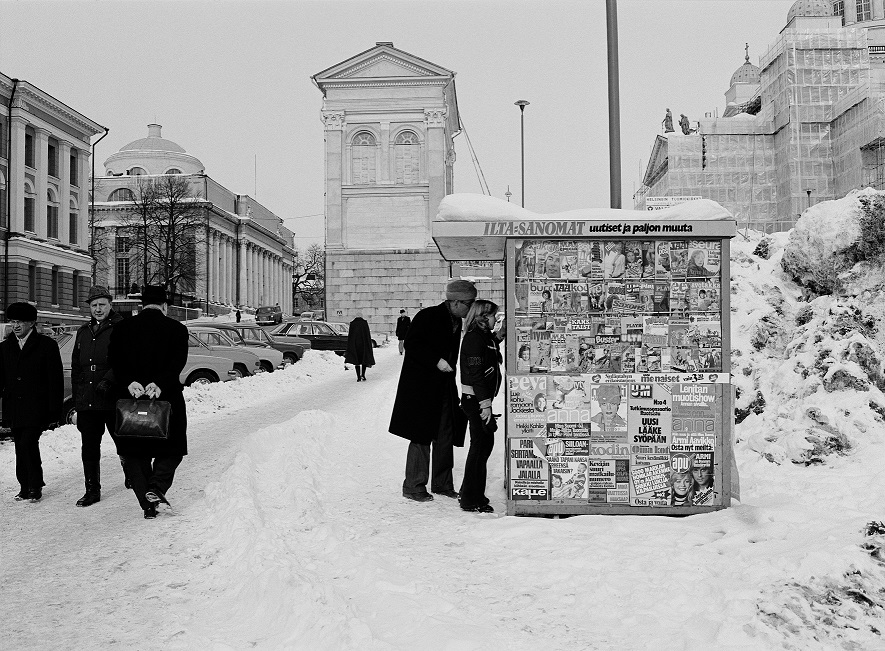 Testing in the city centre
In December 2014, the demo application was introduced for a small test group. The aim was to get feedback, and to test the concept as a whole. The group was lead by developers from VTT, who operated the demo devices and showed the test group how the application works.
The test group was taken through a path with three different points at attractions around the city centre, like the Senate Square. The map showed their location as well as a general view of all the attractions. 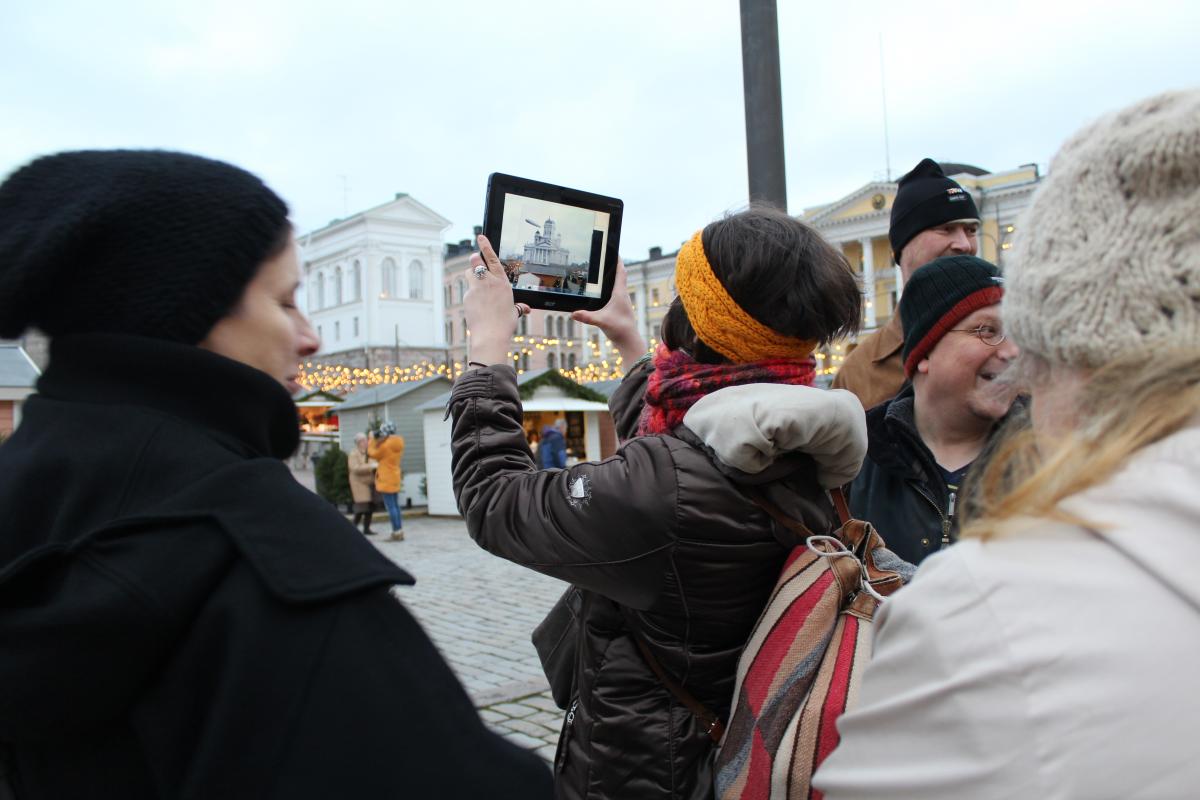 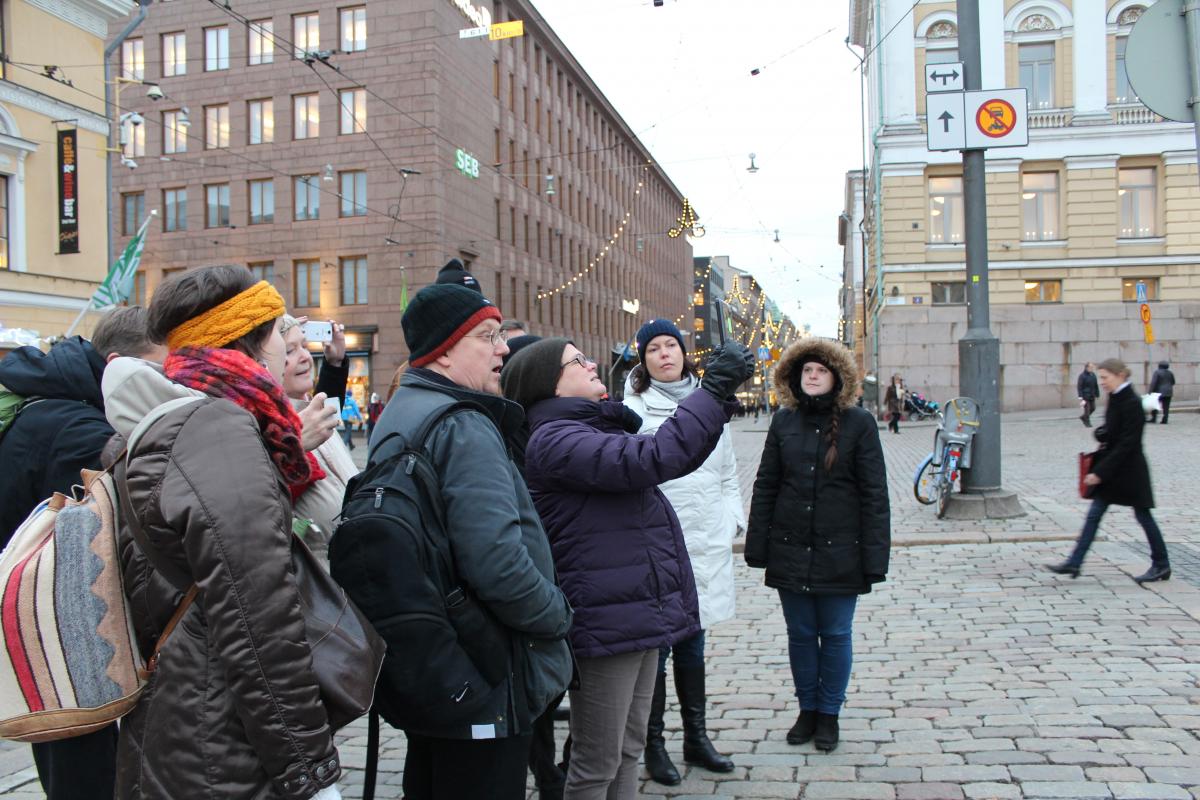 In general, user friendliness was seen as the key when further developing the application, not to mention paying attention to the limitations of mobile and safety issues. The users also called for some kind of a “wow effect” to the application. The feedback strengthened the preliminary plans for the service.
“The pictures were only kind of flowing on top of the street view. They should be special enough to bring some extra value to the regular view. Short stories behind the photos would also be intriguing.“
People were also hoping for an audio guide or some kind of sign poles so that they would know where to stand and which way to look when on site. An audio guide would be useful especially for wintertime conditions. For tourists, it would be handy if the application would offer other sorts of information as well.
New usage for archives
The demo application demonstrated how the museum archives do in fact inspire new services. Innovative concepts and applications help to bring the museum contents for wider use. There’s also a lot of potential in the technology for creating new ways to understand the city and its history, narrating the city landscape, and branding the city.
The pilot is part of Street Smart, an international project funded by the EIT ICT Labs. The pilot was designed to support the development of new services of the new Helsinki City Museum. In the future, the Street Smart project will focus on linking wayfinding with commercial services.
Pictures: Helsinki City Museum; Noora Suvanto, Forum Virium Helsinki
Share the article Facebook Twitter LinkedIn