Frontpage Current Projects
About
Contact information
FI / ENG
It’s a tradition that every year Aleksanterinkatu is shining with light when the Christmas lights are lit to mark the upcoming holidays. This year, residents of Helsinki also had a chance to tell their view on the Christmas lighting for Helsinki. A campaign introduced people a new set of Christmas light designs to vote from. The results of the voting are utilized by the City of Helsinki Public Works Department when making plans for the lighting in future.
The Lights of Christmas campaign involved people in planning the new lighting of the city. From a pre-set of lightning designs, one could vote his/her favourite in December. The votes were casted at the campaign website (www.valoisajoulu.fi) or via interactive media touchscreens around the city centre. By voting residents got to participate in the planning of the new Christmas lights and pass on their own virtual Christmas light for friends.
Creating an international image for Helsinki
“Christmas lighting can help us to make Helsinki more attractive and appealing during winter,” says the manager of lighting Juhani Sandström from the City of Helsinki Public Works Department. The lights that are being planned now will be hanged next Christmas. Previously, it’s been vendors and decision-makers who have been engaged in the planning of the lightning, via different kinds of workshops. “Now the Lights of Christmas campaign gives us opinions of the residents,” continues Sandström. The user opinions are going to be utilized in the project during the next year.
Up until now, the Christmas lights in Aleksanterinkatu have been funded and executed by vendor organizations and marketing companies in the city centre. In the future, also the City of Helsinki will be financing the lights. The city is currently preparing a study, which will help to create guidelines for the lighting. With these guidelines, it will be easier for the partners to produce a coherent Christmas lighting for the city.
The Lights of Christmas campaign around the city will brought these efforts closer to the residents. The campaign website and the application running on the screens were done as a part of Forum Virium Helsinki`s Pinta project, and are designed by Exove Design. 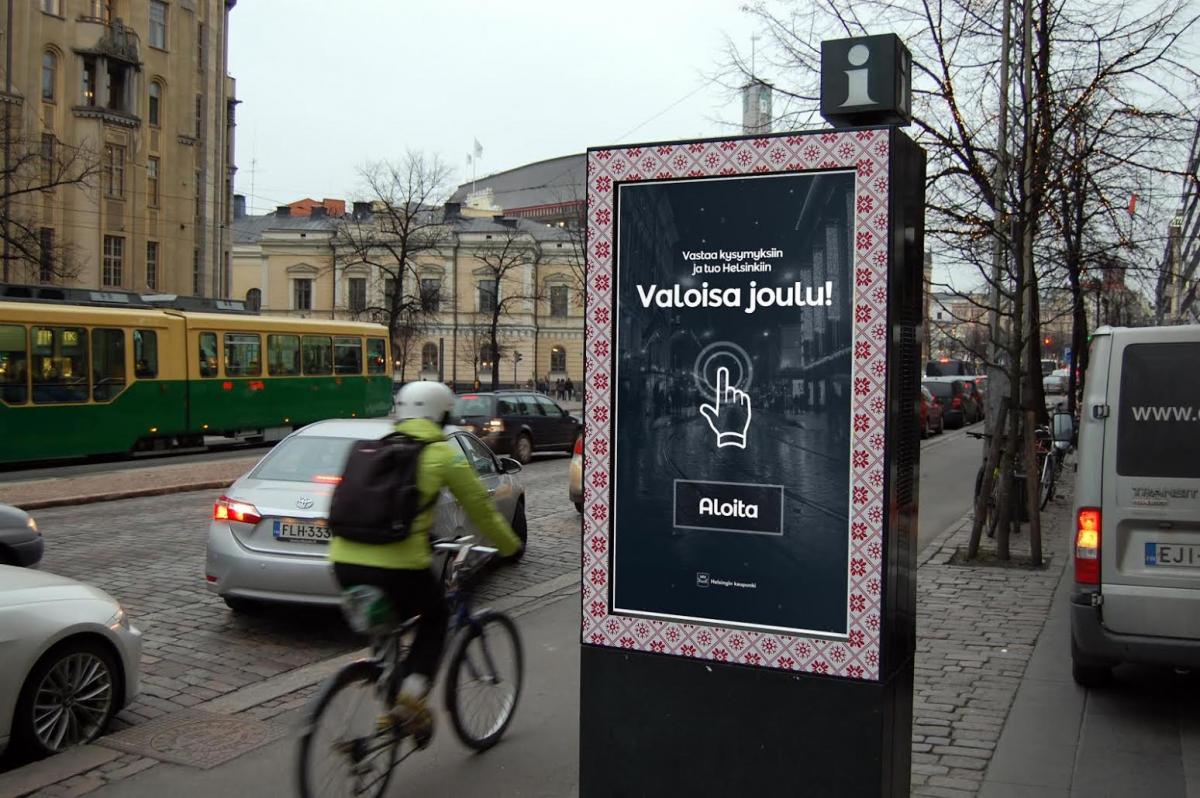