The SILVER project had the ambitious goal of establishing and executing, the first multiple member state Pre-Commercial Procurement within the European Union. This objective was achieved by executing three-phase procurement process by five partnering countries: Denmark, Finland, Sweden, United Kingdom and the Netherlands.

This almost 4 year long exercise demonstrated the effectiveness of a Pre-Commercial Procurement approach when addressing societal and governmental needs.

The second objective of the SILVER project was to find robotics based technologies to help the elderly to live longer at home independently. With the development of LEA (Lean Elderly Assistant), the SILVER project demonstrated the viability of Pre-Commercial Procurement when procuring innovations. LEA is a care robot disguised as a stroller that provides a number of fully autonomous functions. LEA Care robot helps the elderly, for example, when getting out of chair or walking and reminds of the daily routine such as medication or food and drink. 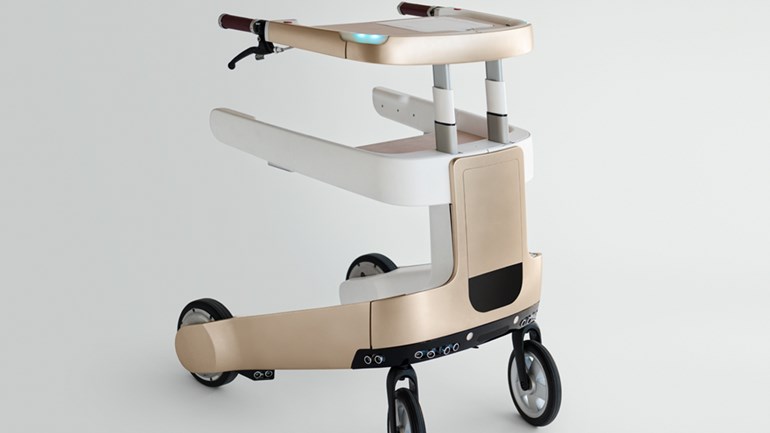 Tool for growing a sustainable business

The results of the SILVER project show that SMEs can greatly benefit from participating in Pre-Commercial Procurement projects. The SILVER contractor, Robot Care Systems, encourages other SMEs to enter a Pre-Commercial Procurement projects as they provide a good opportunity for developing new solutions and even starting up a new company. Furthermore, by participating in EU funded projects SMEs are able to gain credibility which can be helpful, for example, in getting additional funding. Robot Care Systems won several innovation awards in 2015 which helped them forward in further development of LEA Care robot.

– To the small and mid-sized companies that do not still have a funding, PCP is a perfect way from start-up company to make a sustainable company that can distribute products all over the world, summarizes Maja Rudinac, CEO for Robot Care Systems, the main benefits from the SME’s point of view.

Even though the SILVER project was completed at the end of August, Robot Care System wishes to continue fruitful co-operation with the procurers. Firstly, Robot Care Systems needs information on most important stakeholders within the partnering countries in order to find the most potential markets for their solution. In addition, they would like to familiarize with the healthcare systems in each country. Secondly, they would like to have support in building effective and country specific pricing strategies. Thirdly, Robot Care Systems would like to cooperate with the SILVER procurers in order to test the future versions of LEA as well as to specify the user requirements.

– The European Commission should be proud of the way they have helped to develop a new exciting SME specializing in Robotics from a small spin off into a successful business that is ready to go to market. More importantly, this has all happened within the time of Project SILVER. We look forward to working with Robot Care Systems in the future to scale up LEA to wider markets, says Andy Bleaden, Funding and Programme Manager for City of Stockport.

All the SILVER procurers agreed that there is future potential for LEA Care robot to support the SILVER challenge of caring 10% more care recipients with the same number of staff after further development. Specifically, the prototype of LEA Care robot needs to pass several stages of re-design and certification to be ready for commercial procurement. These activities are not coordinated within the SILVER project since the commercialization of the solution falls out of the scope of the SILVER Pre-Commercial Procurement project. Nevertheless, all the SILVER procurers have agreed to support Robot Care Systems in the further development of LEA Care robot as well as in opening markets.

– In my opinion LEA has a lot of potential to our customers or other elderly who could buy it for themselves. In the future, LEA could be one of the equipment that gives a safer environment for the elderly and also supports him or her to move more at home, says Satu Siikander (on the right in the picture below), Administration Manager for City of Vantaa. 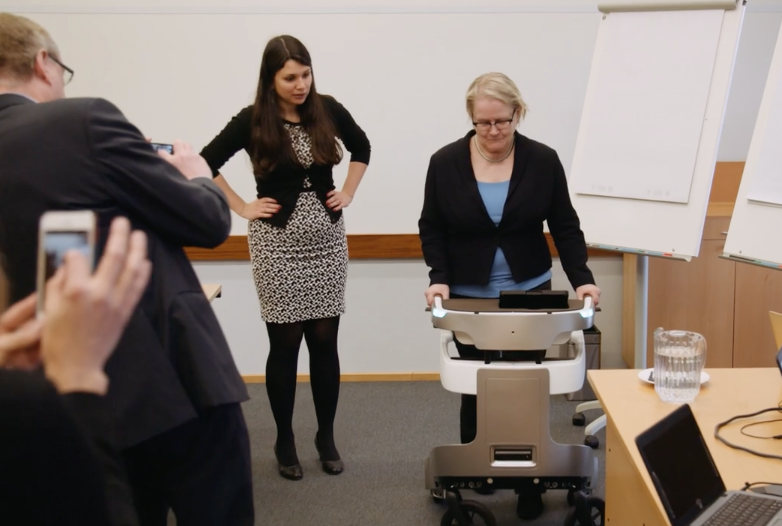 In general, all the SILVER procurers found the involvement in the project useful. Being part of the SILVER procurement process increased SILVER procurers’ capability to consider new technologies for home care. Furthermore, the SILVER project raised the level of capability to implement and test new technologies within home care. Especially the testing period during the Phase 3 showed that the elderly people are willing as well as capable of testing technologies which are still in a development phase. Also the staff was motivated to be involved in the testing period and gave valuable feedback for the development process. But even if the Pre-Commercial Procurement proved to be a useful tool for procuring innovations it has also some challenges.

– Organizations planning to begin with PCP should have recourses enough and also focus on cooperation with the chosen suppliers, advises Satu Siikander.

Regarding the future markets for LEA, all the SILVER procurers see that the most potential markets lie within the private markers. There are several reasons for this. For example, since LEA has relatively high price point, the traditional stroller is probably preferred due to the limited budgets of the municipalities. Nevertheless, even if LEA would be adopted only in private markets, this will contribute to the overall goal of the SILVER project. In other words, it will increase the level of independency at home and will lessen the care burden of the municipalities/cities.