The City of Helsinki’s open decision-making interface Open Ahjo won an award in a competition staged by the international WeGo organization.

WeGO Awards is an international cooperative body for cities that pursues the development and use of electronic city services. This year the competition was organized for the second time. The City of Helsinki’s open decision-making interface OpenAhjo was awarded the Best e-Government Prize in the Open City category. There were five categories in total.

The award-winning interface uses open data to provide access to the city’s decision-making documents. Through the Ahjo case management system, decision-making documents can be published immediately on the city’s website, including agendas before meetings and decisions straight after meetings. Decisions made by officials are also published on the site. The Open Ahjo is a truly unique opening also on an international scale.

Other innovations utilising the Open Ahjo interface are the beta version of the city’s Päätökset (Decisions) service and the Ahjo Explorer app for Windows Phone, which allows anyone to keep up to date with the City of Helsinki’s decisions via a mobile phone.

The awards ceremony was held on November the 5th in China.

A lot of development for Open Ahjo has been done by open data professional Juha Yrjölä who was hired by Forum Virium Helsinki as a Code for Europe fellow coder for the City of Helsinki. Open Ahjo also won a category in Apps4Finland competition last year. 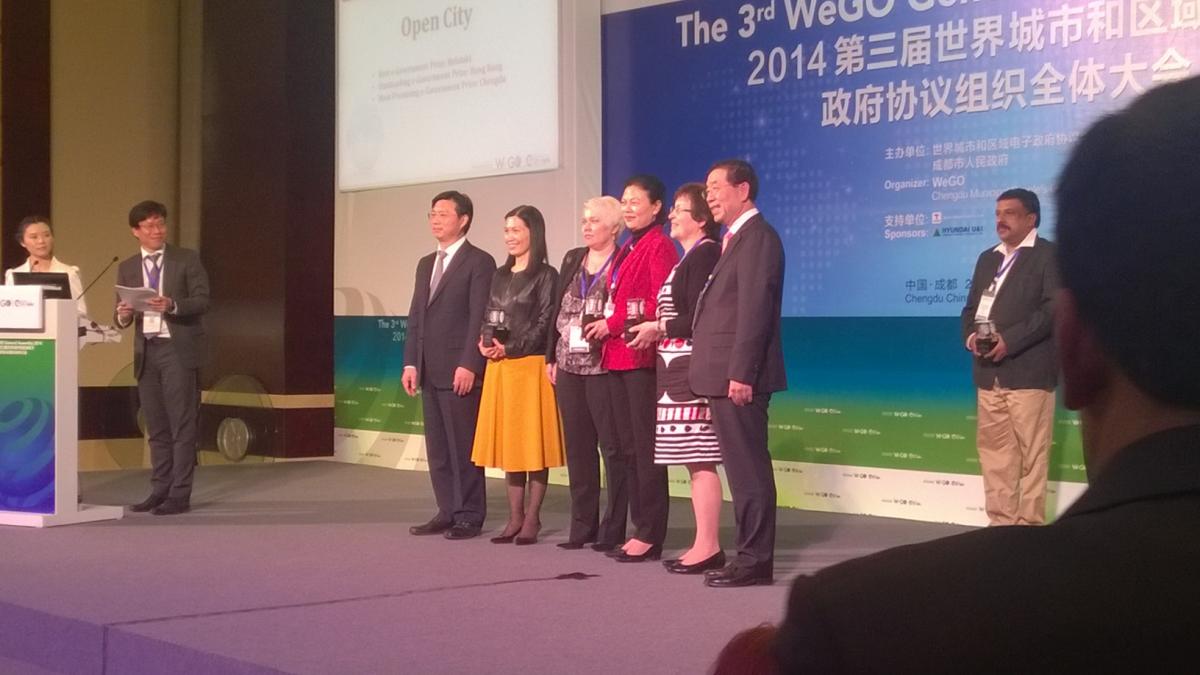