This year, the Helsinki Festival was seen on digital screens located around the Helsinki city center. Helsinki Festival in Pictures campaign, jointly produced by Metro magazine, Clear Channel and Forum Virium Helsinki, encouraged citizens to take pictures of the best moments of the festival and share them with everyone.

All photos were published on the Metro newspaper’s Festival website and some photos were added to the selection of the city screens located along the streets. The best photo won an iPad.
Helsinki Festival in Pictures campaign was the first time that user-produced content, that is photos taken by the citizens, were shown on city screens. The experiment was part of the Interactive Displays entity of the Next Media project, in which Forum Virium Helsinki develops the Helsinki city’s digital surfaces. The campaign continued till the end of the Helsinki Festival, 1st of September 2013. 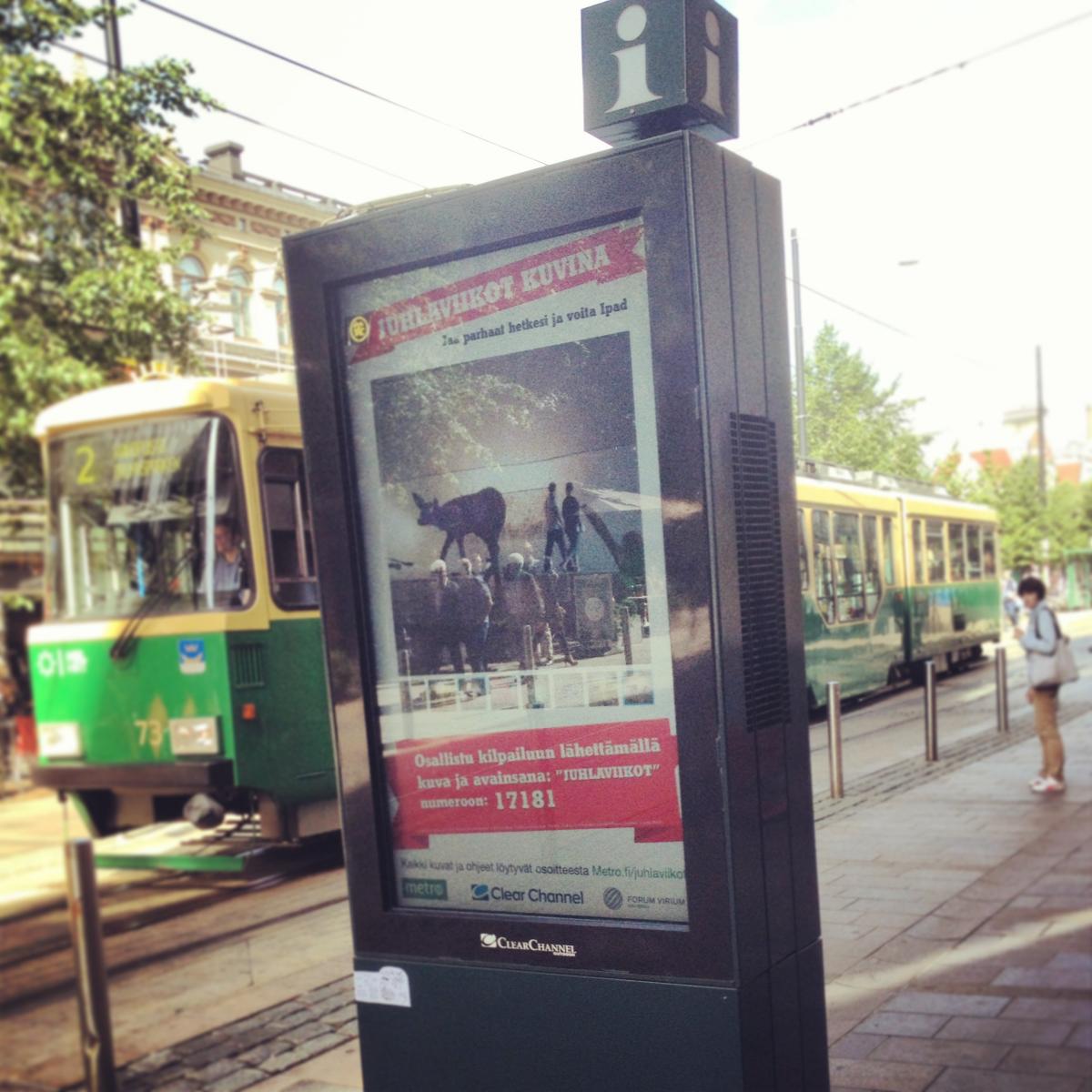