Year 2013 granted Helsinki international and national recognition for promoting a Smart and Open city. New openings were made in Finland and abroad.

Tear of Awards
The victorious path of Helsinki Region Infoshare (HRI) continued in 2013 after the successes of 2012. In June, the service was awarded a prize of 100,000 euros in EU’s public administration innovation contest. In November, HRI was among the top three in the Smart Governance series of the Eurocities Awards contest. 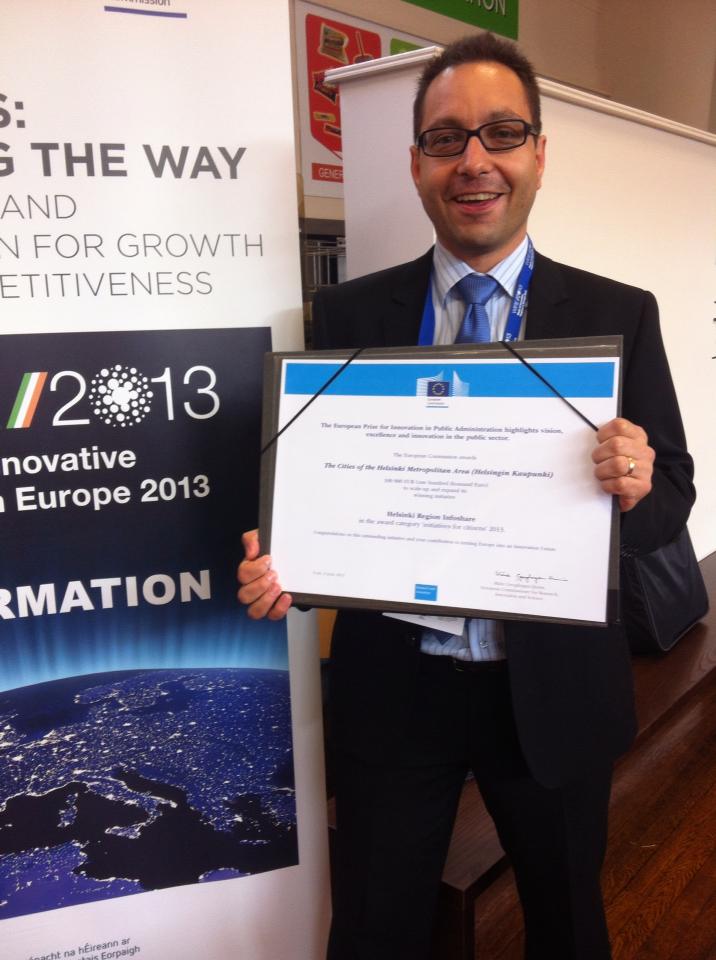 Awards were again given in the open data Finnish championships, the Apps4Finland competition. This time, the winner was the Stormwind Simulator, a boat simulator visualizing the archipelago and navigating. A total of 27,500 Euros worth of prizes were given in the competition. This was the fifth contest organized by Forum Virium Helsinki and the Finnish Association for Online Democracy. The Apps4Finland contest entries and winners caused quite a buzz in the social media: during the award ceremony, the contest’s hashtag #Apps4fi made the top of Finland’s Twitter statistics.

Forum Virium Helsinki was also involved in giving prizes to Finland’s best mobile services. In the Best Mobile Service contest prizes were given for example to Math Elements and BlindSquare -application that won the Apps4Finland contest last year. 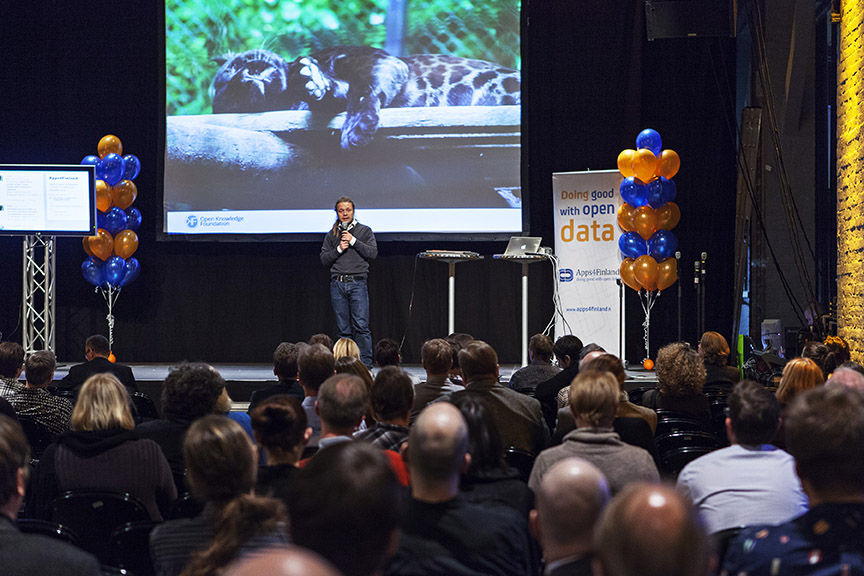 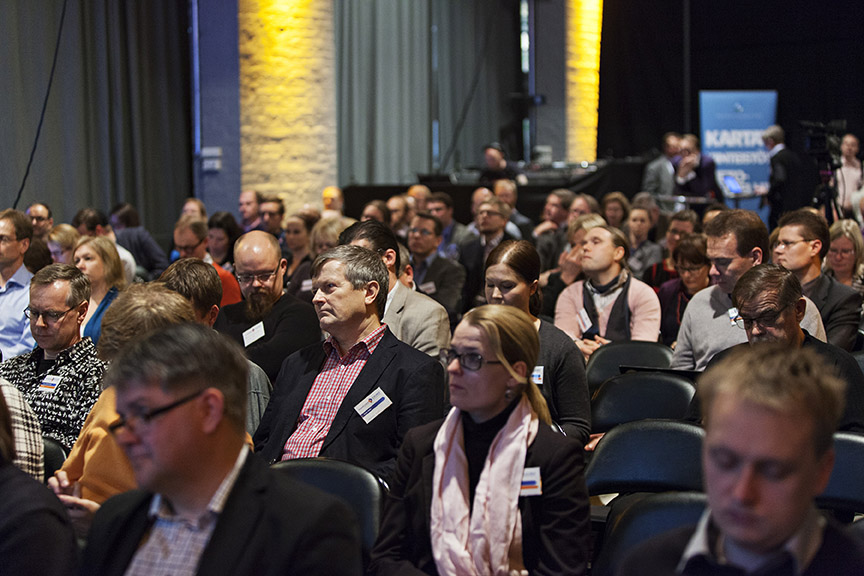 Snapshots of the award ceremony of Apps4Finland 2013 contest in Korjaamo.

Britain’s leading daily newspaper The Guardian aplauded Helsinki twice in November for being a truly Smart City. As a practical example, the Guardian pointed out the Helsinki pilot of CitySDK, which in 2013 made accessible an interface with the City of Helsinki’s feedback system. The Guardian praised the Open311 feedback interface as an example of a service which all genuinely smart cities should offer their citizens. The Open311 interface was tested in a pilot project, in which the Fix my street web service of Metro magazine forwarded the citizens’ feedback directly to the city’s own feedback system and then to the right bodies within the city.

Juha Yrjölä and Tuukka Hastrup, fellow programmers in the Code for Europe program, rolled up their sleeves in the beginning of the year with the goal of introducing openness and agility into Helsinki’s IT development. Yrjölä was hired to work for the City of Helsinki and Hastrup for the Helsinki Region Transport. Both found the job a front-row seat in developing and making accessible the city’s services in practice. Cooperation with developers continued throughout the year in the activities and meetings called Helsinki Loves Developers.

Assistance and guidance to growth businesses
A total of 46 businesses participated in 2013 in the Growth Coaching that has been sparring companies in Helsinki for eight years. The range of businesses was again wide, but they all shared international market potential and a hunger to grow. The next round of submitting applications to Growth Coaching ends on 2nd of March 2014. Along the years more than 200 businesses have been involved in Growth Coaching.

In 2013, alongside Growth Coaching, Forum Virium Helsinki opened new services to growth businesses. Support is now available for international growth and internationalization. The projects intended for businesses and entrepreneurs in ICT and eHealth sectors open up doors and make contacts in new markets in Europe.

In 2013, Forum Virium Helsinki enhanced its international networks further by becoming a partner in the EIT ICT Labs and joining the network of European business and innovation centers.

The D-CENT project that has gathered a broad high-profile international consortium (for example World Wide Web Consortium, Open Knowledge Foundation are involved) started in October. The project develops an open, decentralized and non-commercial platform on which the third sector actors can organize their operations. This is to offer digital tools for the advocacy and participation of citizens’ movements and NGO’s. 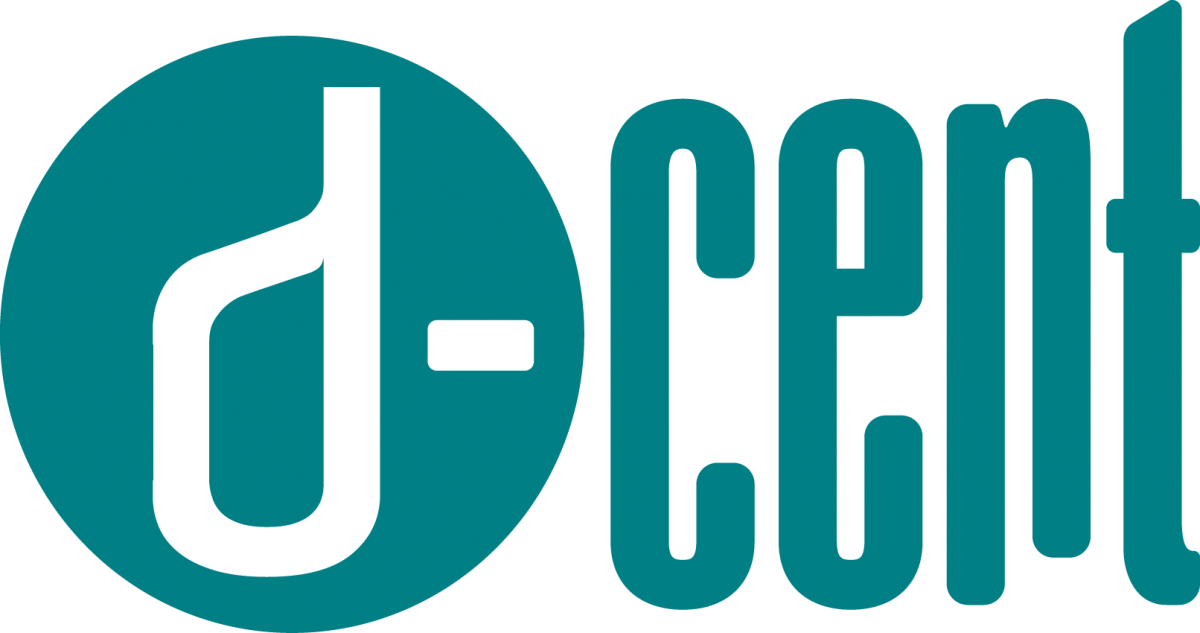 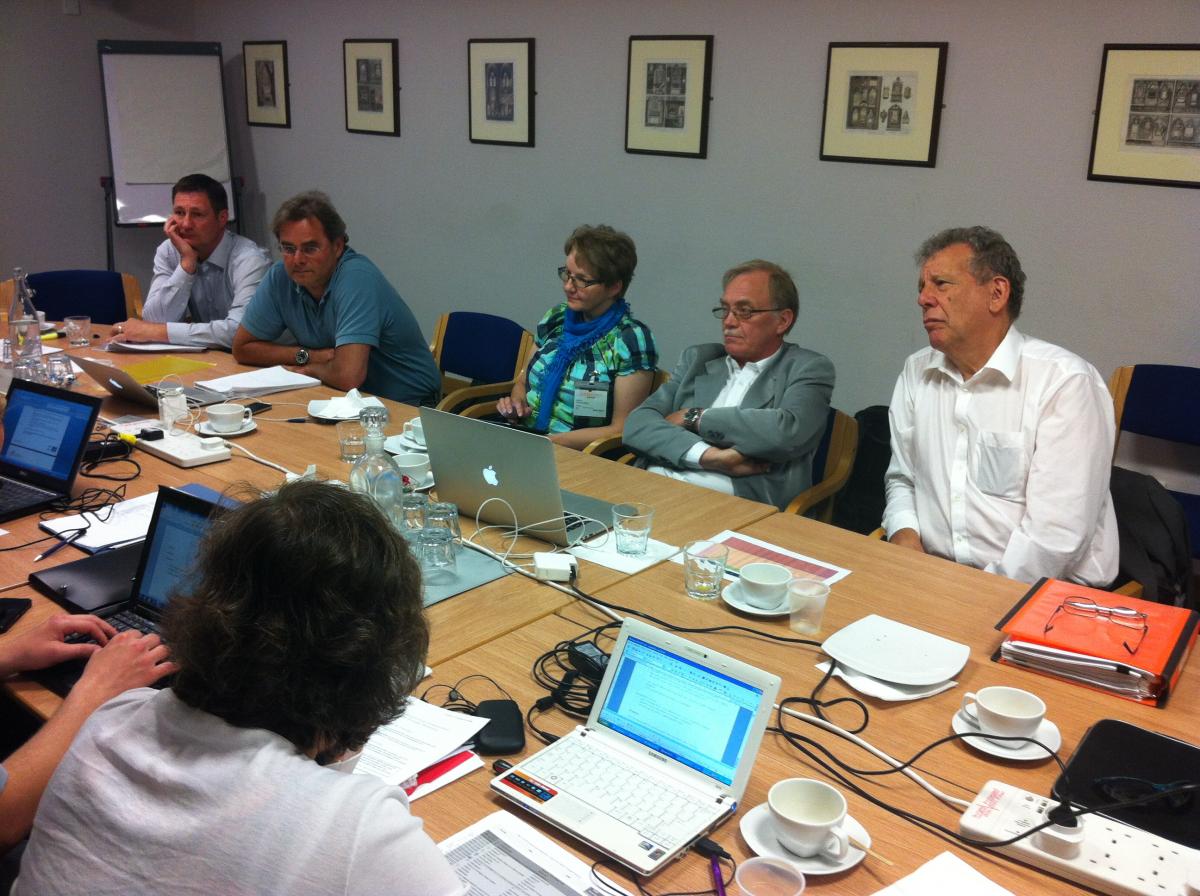 Citizens testing new services
In 2013, Forum Virium Helsinki and the City of Helsinki testes several interactive services on the city’s digital street displays. For example the voting in the architectural competition of the city center library was organized using the displays and electronic reading tips of the library’s eBooks were presented on them. During the Helsinki Festivals, content produced by the users, i.e. photos taken by the citizens, was presented on the street displays for the first time. To celebrate the summer, the displays had a guide and information service where the citizens and tourists could read news and find out more about their surroundings, about interesting events, for example.

Developing and testing the “city card” continued in 2013 by trying if the travel card could be used as a library card. There were several practical experiments: in the spring, borrowing with the travel pass was tried in the Kallio library and Library 10 in Helsinki, in the autumn the libraries in Suomenlinna and those in Tapiola and Sello shopping center in Espoo were involved.

One card, one city from Kirjastokaista on Vimeo.

Developing schools
Community spirit, school and smart services was a project in which agile experimenting was done in 2013 improving community spirit in schools and the youths’ possibilities to have influence. One of the developed concepts was the PopUp school organized in Arabia in March. Pupils and parents taught lessons on topics they had selected; lessons were given on caring for a dog, fencing, competitive dancing and circus, for example. Children’s Statistical Yearbook was tried out in four schools in Helsinki. The idea was to collect statistics on children’s welfare for example, based on the children’s own interests.

Important openings in Finland
A new opening is Smart Kalasatama initiative in which Forum Virium Helsinki is closely involved. Smart Kalasatama is to be a model for building smart urban areas. The collaboration between the city, businesses and inhabitants is in the core of the Smart Kalasatama. The area is developed flexibly through experimenting and the use of open data.

Forum Virium Helsinki was also involved in preparing for the 6AIKA strategy that combines six of Finland’s largest cities and will start for real in 2014. The goal of the common strategy is that the cities involved will enable and experiment innovations and services together, in a larger contexts than just one city. The cities involved are Helsinki, Espoo, Vantaa, Oulu, Tampere and Turku. The total budget of the strategy is approximately €79 million. The measures will be implemented in 2014-2020.

Helsinki’s Kalasatama district will evolve greatly in the coming years.