During the spring and summer of 2020, smart solution pilots will be carried out in the Urban Eco Island -project. In mid May, drone filming was tested in the identification of barnacle goose nesting habits in the Harakka island which is a typical nesting location for Helsinki’s barnacle goose strain.

The mapping of Harakka Island was done by photographing the entire island from a height of 50 meters at a 90 degree angle. The images were later combined into a photo mosaic that was exported to a spatial information software. From this, bird nests were counted manually.

To validate the methodology, the nests of barnacle goose and mews were also counted beforehand from a designated area and located with traditional GPS tools. This allows later comparison and definement of the methodology, and assess the impact of vegetation on the process. 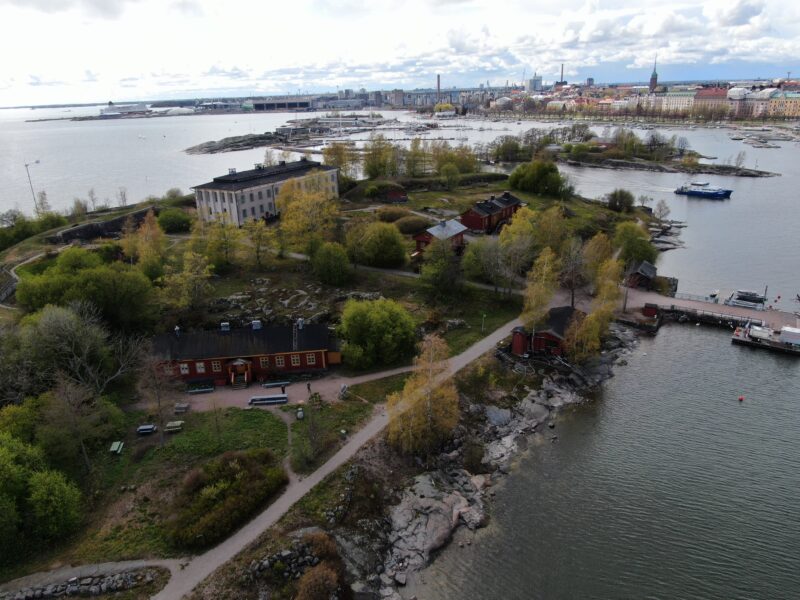 The city’s environmental inspector, Tuomas Lahti, has been in charge of the shoot and shares his mind on the suitability of drones in birdlife monitoring.

“In the city’s environmental services we have monitored annually the rooftop nests of the very endangered black-backed gull by climbing known “gull roofs”. Using drones speeds up the process and definitely makes this work safer. We will consider expanding the usage of drones to the archipelago area as well since it removes the need to go ashore sensitive bird islands.”

The experiment demonstrated that it is possible to achieve time savings at least in cases where the bird island or gull rooftop is difficult to access. The photo shoot didn’t cause any harm to the birds which were very indifferent toward the drone.

According to Tuomas Lahti, drone shoots will be used by the environmental services in the future for example in environmental monitoring tasks and in surveillance of areas that need authorisation. 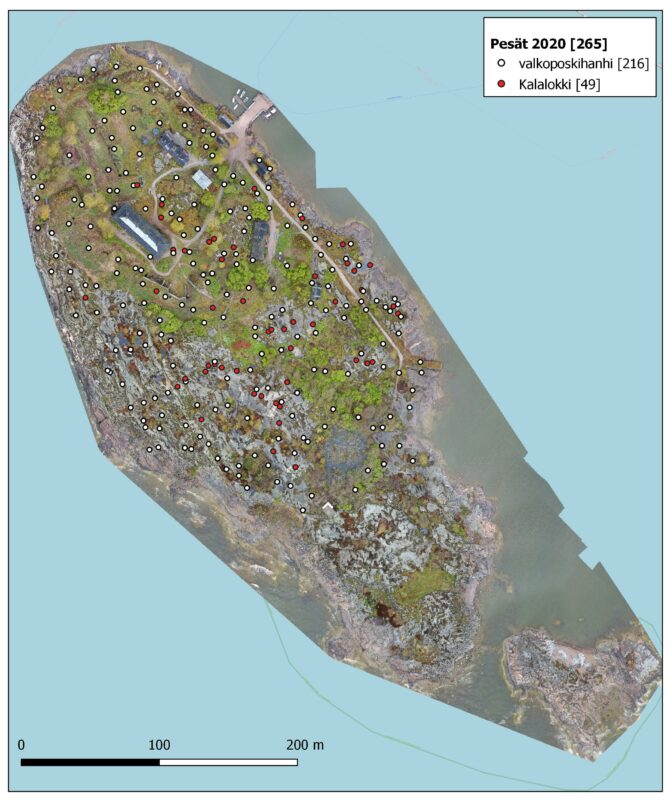 The hiking trails of Helsinki have been heavily used use during the Corona epidemic. This causes extra wear of nature areas. In addition to nest counting, drones are being used in an other Urban Eco Island project pilot to determine nature decay.

The Uban Eco Island pilot study seeks to determine factors and models that indicate nature decay and assess correlation with human activity on islands. During the summer three  photo shoots will be conducted in the Vallisaari and Vasikkasaari islands. This footage will be complementing satellite imagery data from the last 6-10 years, and open map data from the city’s archives.

The results of the pilot will be shown in a user-friendly and interactive view along with changes of algae deposits along the island shores. The shoots in Vallisaari and Vasikkasaari, along with the corresponding analysis, will be carried out by greater Helsinki based company Zero Gravity. Urban Eco Islands project is funded by European Union Central Baltic.

Read more about the project here!