CreatiFI project for creative industries has been one of 16 EU-funded accelerator programs, to promote FIWARE technology and support companies to implement and create new solutions based on FIWARE enablers. In total, nearly 70 companies from 11 countries participated the programme.

CreatiFI project had three open calls from which 15 companies were funded from Finland.

In the first phase/open call, 11* Finnish companies were selected to develop a new business idea and make a working prototype in six months.

The second round focused on more business maturity and growth opportunities. There were only nine companies who passed, and among them two from Finland: LeeLuu and LumeGames.

The target of the phase two was to commercialize a new product. Each of the second stage companies had two dedicated mentors, whose task was especially to support their access to market and find investors.

The third and final call for was the one for Creative Challenge Ring. This already set eye for the future, time after the CreatiFI project. The third call focused on finding product and service ideas related to smart cities.

In just over six months sprint, four* companies were accepted. Among them were Top Data Science and Smart Data Hub, which pitched in the world’s leading smart city event Smart City Expo in Barcelona in November 2016.

The Creative Ring network will continue the work started by CreatiFI.

Forum Virium Helsinki was one of eight partners of CreatiFI, and responsible for dissemination and activating the Finnish companies to participate the programme. 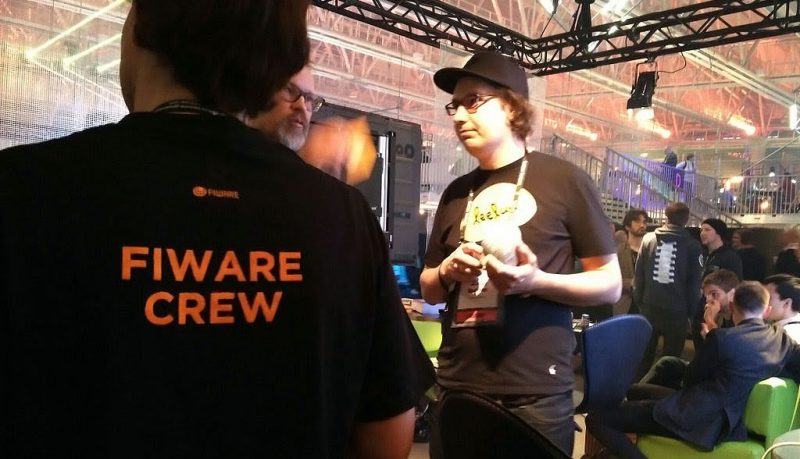 *) All Finnish companies of CreatiFI

LeeLu Nightlights
LeeLuu is interactive soft-toy and nightlight which are controlled by touch and can communicate to each other. www.leelu.fi

Lume Games
Pet Spot is a simple game of collecting animals from the real world. The game is a mixed reality game, where players can at any point try to spot and catch animals from a fantasy world that is overlapping with ours. www.lumegames.com

BlindSquare LandMarkers
Indoor navigation system using Bluetooth beacons. It will help blind and partially sighted users to explore buildings virtually and to locate and navigate to POI inside of buildings.

Frozen Vision
Cybersailing is a multiplayer 3D boating simulation game aimed at educating the public on the marine traffic rules and regulations.

Unitc Oy
UCMap’s idea is to create an online platform for geospatially tagged 3D LIDAR scans, where the data access serves all 3D data based applications, such as 3D visualisation, environment planning and real-estate business.

Rammin’Speed Entertainment Ltd
Pet owner: Dogs is a simulation game for mobile devices; it’s about getting a puppy, growing it to adulthood, doing activities with it and socializing with other players. Ultimately you can start breeding your dogs with other players one creating a kennel of your own.

Rounders Game
The Rounders Game is an online multiplayer game for children aged 4 to 10. Children will share emotions and learn how to cope better with negative emotions like anger or jealousy. The child will learn positive solutions for everyday situations e.g. how to get over temper tantrums.

Versoteq 3D Solutions Oy
The business idea of Tactile maps community is to build a web site for developing, sharing, shopping and ordering of tactile maps for the visually impaired people.

Brandsome.fi
Brandsome online service collects statistical data from the different social media channels of a of a brand and compiles it into clear and easily understandable data and statistics. http://brandsome.fi/