A new EU project has come to protect ICT systems providing collaborative-first approach and state-of-the-art technology. The IRIS EU project, which consists of 19 partners from 12 European countries, officially launched its activities with the organisation of the consortium kick-off meeting that was held virtually in September 2021.

As existing and emerging smart cities continue to expand their IoT and AI-enabled platforms, novel and complex dimensions to the threat intelligence landscape are introduced. These are linked with identifying, responding and sharing data related to attack vectors, based on emerging IoT and AI technologies, whose architecture and behaviour are not currently well understood by security practitioners, such as CERTs and CSIRTs. This lack of experience as well as of tools, for detecting and reporting IoT & AI attack vectors is further aggravated by potentially greater safety risks caused by such attacks.

The H2020 IRIS project aims to deliver a framework that will support European CERT and CSIRT networks detecting, sharing, responding and recovering from cybersecurity threats and vulnerabilities of IoT and AI-driven ICT systems, in order to minimize the impact of cybersecurity and privacy risks. The IRIS platform will be made available, free of charge, to the European CERT and CSIRTs, by the end of the project.

The IRIS platform will be demonstrated and validated in three carefully selected pilots resembling real world environments with the engagement of three smart cities (Helsinki, Tallinn and Barcelona) along with the involvement of national CERTs, CSIRTs and cybersecurity authorities.

“IRIS is uniquely positioned to provide a high impact solution to support the operations of European CERTs and CSIRTs for coordinated response to large-scale cross-border cybersecurity incidents and crises,” mentions Mr Nelson Escravana from INOV, the Project Coordination Team.

The IRIS consortium comprises of public organizations, SMEs with cutting-edge cyber technologies, large industries as service providers as well as research and academic partners with significant achievements to cybersecurity and privacy technologies.

The partners of the project are: 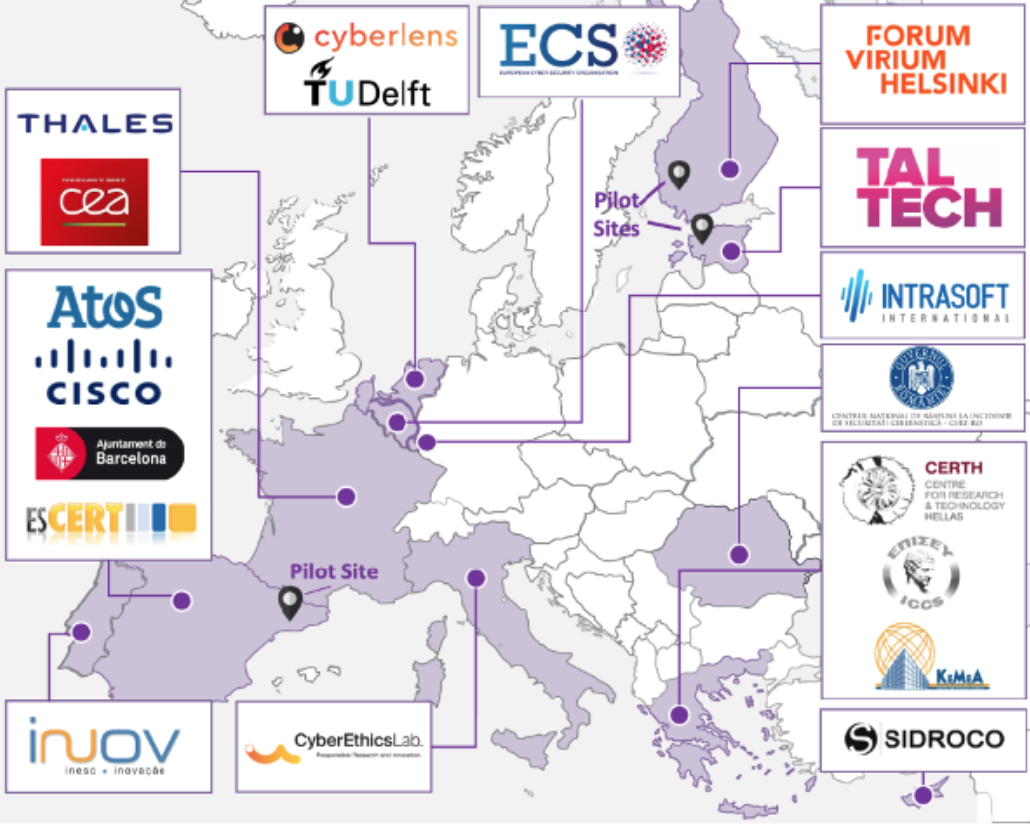 The role of Forum Virium

The stress testing scenario will feed malformed data to the public interfaces and APIs to confuse the operators and the automated systems of the smart grid. IRIS will be able to detect the malicious information to mitigate the attack. The attack scenario will be deployed as a cross-border crisis management exercise on the Virtual Cyber Range (VCR), with Digital Twins of the target smart grid systems, as well as Digital Twin honeypots.

With continued and increasing uptake of IoT and AI-driven ICT systems across the public, and private sector, citizens depend heavily on the building of trust that these systems and the connectivity, interactions and convergence between them, can withstand attacks on their cybersecurity and privacy.

IRIS’s vision is to integrate and demonstrate a single platform addressed to CERTs/CSIRTs (such as national and governmental CSIRT in Finland) for assessing, detecting, responding to and sharing information regarding threats & vulnerabilities of IoT and AI-driven ICT systems. To achieve this, IRIS brings together experts in cybersecurity, IoT, AI explainability, automated threat detection, response, and recovery.

IRIS aims to help European CERTs/CSIRTs minimise the impact of cybersecurity and privacy risks as well as threats introduced by cyber-physical vulnerabilities in IoT platforms and adversarial attacks on AI-provisions and their learning/decision-making algorithms.

This project has received funding from the European Union’s Horizon 2020 research and innovation programme under grant agreement no 101021727.
Content reflects only the authors’ view and European Commission is not responsible for any use that may be made of the information it contains.